Bandai Namco - Tested on the Nintendo Switch in 2022

Fans call "Vesperia" one of the best games in the series, along with the likes of Tales of the Abyss. The game was initially released on the XBox 360, but eventually got a rerelease on the PS3 in Japan which was finally released in the rest of the world as the "Definitive Edition" in 2019.

The game evolves around Yuri Lowell, a young man from a poor part of an empire's capital city. The richer people from that city, knights and nobility don't care much about the poor folks, which led to Yuri and his childhood friend Fynn joining said knights. However, Yuri left after he saw how little they cared about the common people. 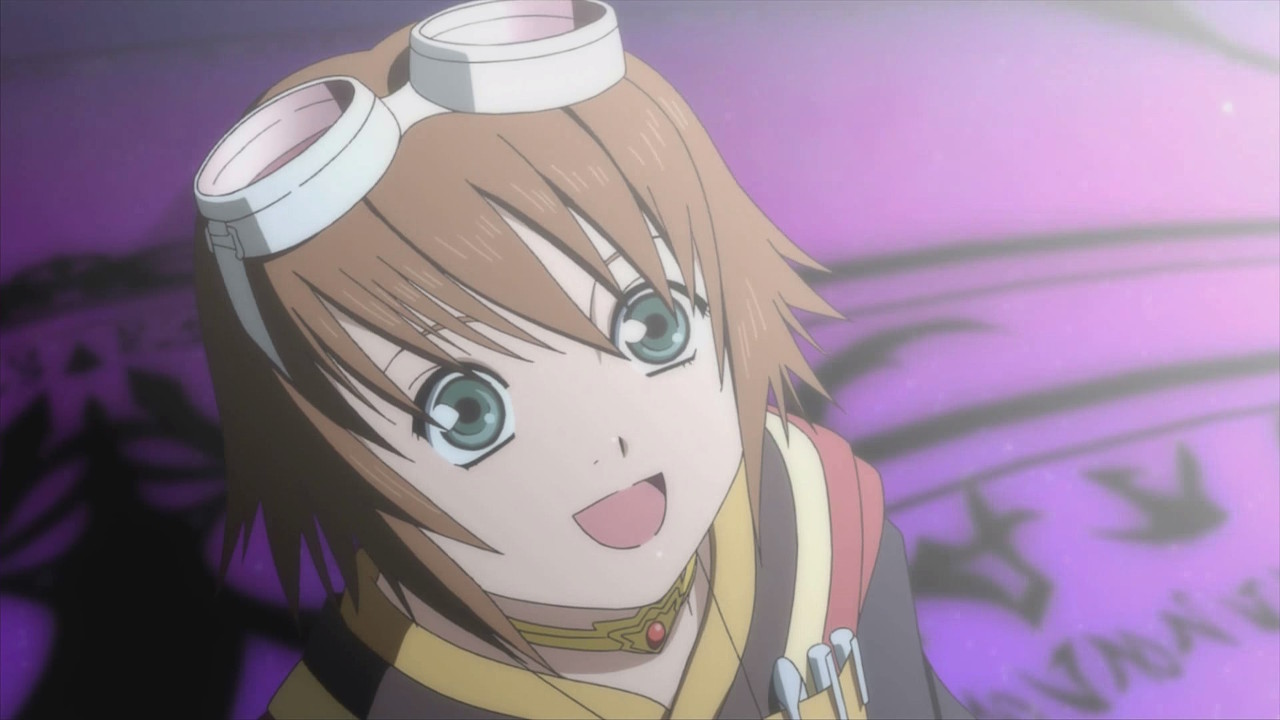 As time progressed, Yuri sometimes did things that conflicted with the law, so he got kind of an "outlaw" attitude. When a certain device (blastia) in the lower town that purified water was stolen and Yuri tried to help the people getting this blastia back, the story of Vesperia started. This simple task slowly turned into events that would eventually change the whole history of the world. That's something that's quite common in RPGs.

As time goes by, Yuri will be accompanied by up to eight other characters. One character can be controlled manually, the others are AI controlled. Players have control over the actions that AI characters will do, although it's not as complex as the "gambit" system in Final Fantasy XII. Control of the characters is limited to "use items", "use which abilities" and so on. With the help of some abilities, the playable character can be swapped and even the character controlled in towns, dungeons and the world map can be changed. 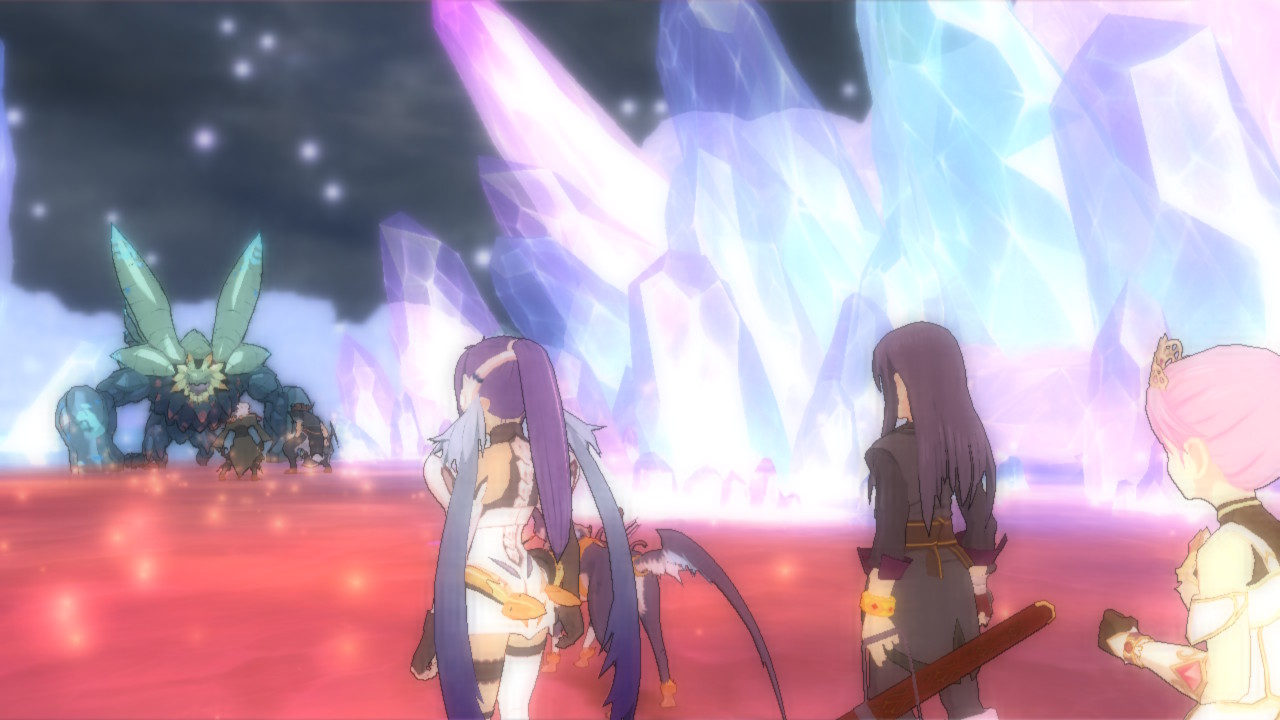 Combat is done almost in real time. actions like swings and abilities are done by the press of a button, but there are some limitations. For instance, Yuri can throw himself into enemies, but this movement can be cancelled by enemies during battle - so there is no real momentum to the actions, it's still just values that are calculated against each other. Battles themselves take place in an arena that has the set pieces of the area that players are in - the arenas have a uniform size, so that there is no terrain effect in battles. It's a very fast paced and quite skill based combat, even if there are some limitations. Monsters can be seen at any time in dungeons and the overworld, and there is the possibility to knock them out before battle to have some advantage when the fight starts. 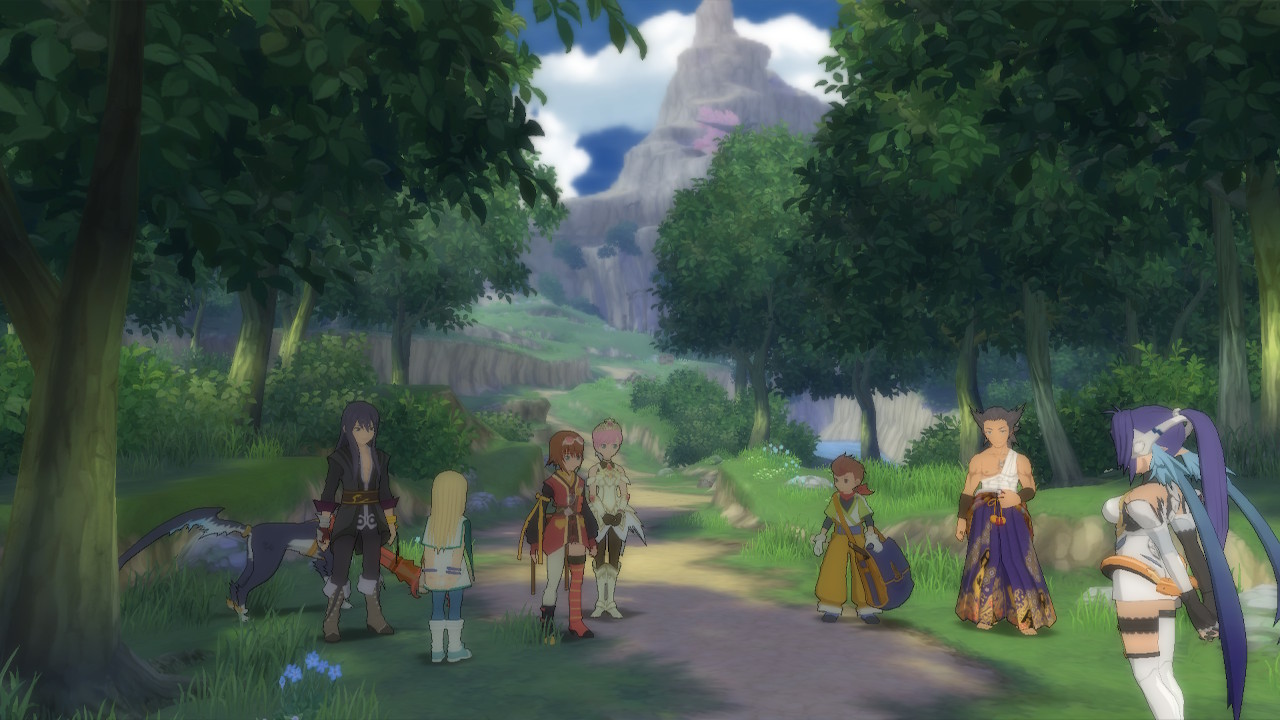 The game is set up like many other RPGs - it has peaceful towns with shops and NPCs to talk to, dungeons with confusing layouts (and sadly, no map) and an huge overworld.

Visually, the game has a cell shaded and very colorful look to it. The battles always run in 60 FPS no matter the platform the game's been played in. Outside of battles, the Switch version has some significant changes in the frame rate which changes between 20 and 60 FPS at times.

Music was again done by Mr Motoi Sakuraba. The game uses no real instruments but synthesized samples, which makes the music sound more like older games. In fact, the sound font sounds a lot like Tales of Symphonia.

The game does not feature quest markers, the only information for players about what's to do next exists in form of a log. Sometimes, in the German version, directions within that logbook are messed up, leading players to the wrong direction.

Aside of that, the game offers some costumes to collect, side stories to uncover and a huge world to explore with some hidden and mysterious landmarks.

The game itself took me about 50 hours to finish, but I didn't go after many of the sidequests. Sidequests are progress locked, this means that if players missed doing certain things at certain points of the story, the sidemissions can't be started or finished.

When I first started the game, I really thought this would be a game that should be ranked somewhere in the 90s. It looked great, sounded great, had likeable characters and fun gameplay.

However, gameplay wise, the game has its flaws. The dungeons are designed to confuse people, and it's not fun running around searching for the right way instead of just having the opportunity to explore the area out of one's own motivation. A map and less convoluted mazes would have been so much better. Question markers were missed, and sidequests that can be missed thanks to the story progress aren't as great either. Yet, the battles are well balanced and dungeons never get too long.

The story itself is incredibly full of cliché. While the basic foundation really is great and interesting and the game offers some pretty mature and serious moments, sometimes it seems the story was designed to please the target demographics rather than have a consistent pacing. The main story is about 10 - 15 hours too long, especially the last story twist seems to be a bit forcefully attached, it doesn't feel right within the game.

All that remains is a fun game that just happens to be a tad too generic and has some questionalbe views on women sometimes.

You are here: main page / reviews / tales of vesperia