Oh my, a small website like rpg-o-mania actually tests a game that has become such a legend as Skyrim has become? What more is to say about this game, that has been released 2011 for PC, XBox 360 and Playstation 3 and has been covered hundreds of times since then?

As you surely all know, this game is the fifth installment of a long running series of epic, huge, open world RPGs that exists since the mid 90s. Skyrim follows its predecessors in terms of open storytelling and the ability to choose your own path. The game can be played in first and third person perspective, allows players to fight with swords, axes, staves, knives and clubs. You can learn magic from books, that include healing magic, fire, ice, or even necromantic magic.

But let me tell you something. If you're interested in the hard facts of Skyrim, feel free to read the Wikipedia page of Skyrim or one of the reviews online from other pages. This time, I want to tell you a story.

I started playing Skyrim in 2015 on my PC. And I realized that I didn't like some things. So I started to use mods. I wanted my characters to have better hair, to have character classes that fit my desires more, to have better textures, better lighting... and I realized that with every new mod, the interest in the game itself dwindled and I ended up in modding the game, not playing it. But when the Nintendo Switch version came out, I didn't have the option to mod the game, and I had to go for the story. This is the story of my character. 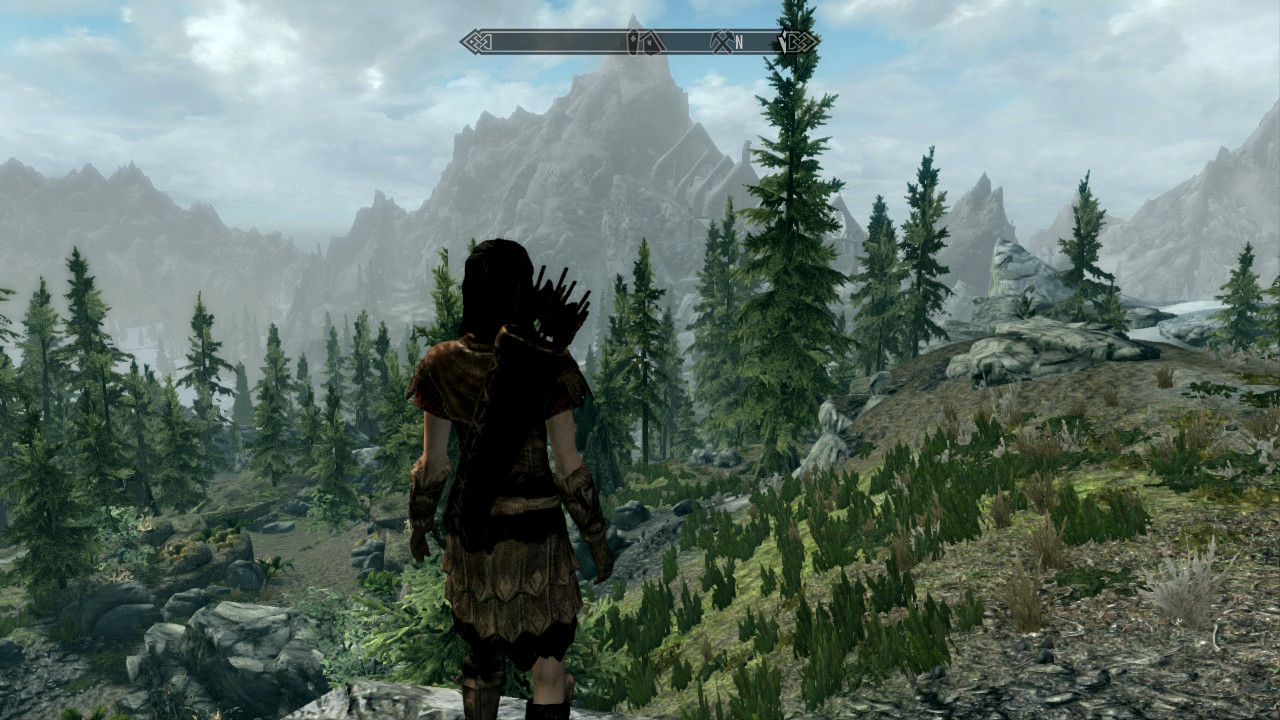 I am Aoife, an orphan roaming around the borders of Skyrim. When I was out there hunting some animals, I ran into this group of people. They seemed nice, and they needed a helping hand. They promised to pay me money if I helped them fight some foes, but oh my, I was so wrong. They turned out to be rebels in the lands of Skyrim, and when they got arrested by the guards, I was also taken into custody.

Just as I was about having my head cut off my shoulders, a dragon appeared and the whole city of Helgen was in uproar. I managed to escape with the help of those people I was caught with. Now I am free, and I need to figure out where in Skyrim I am. 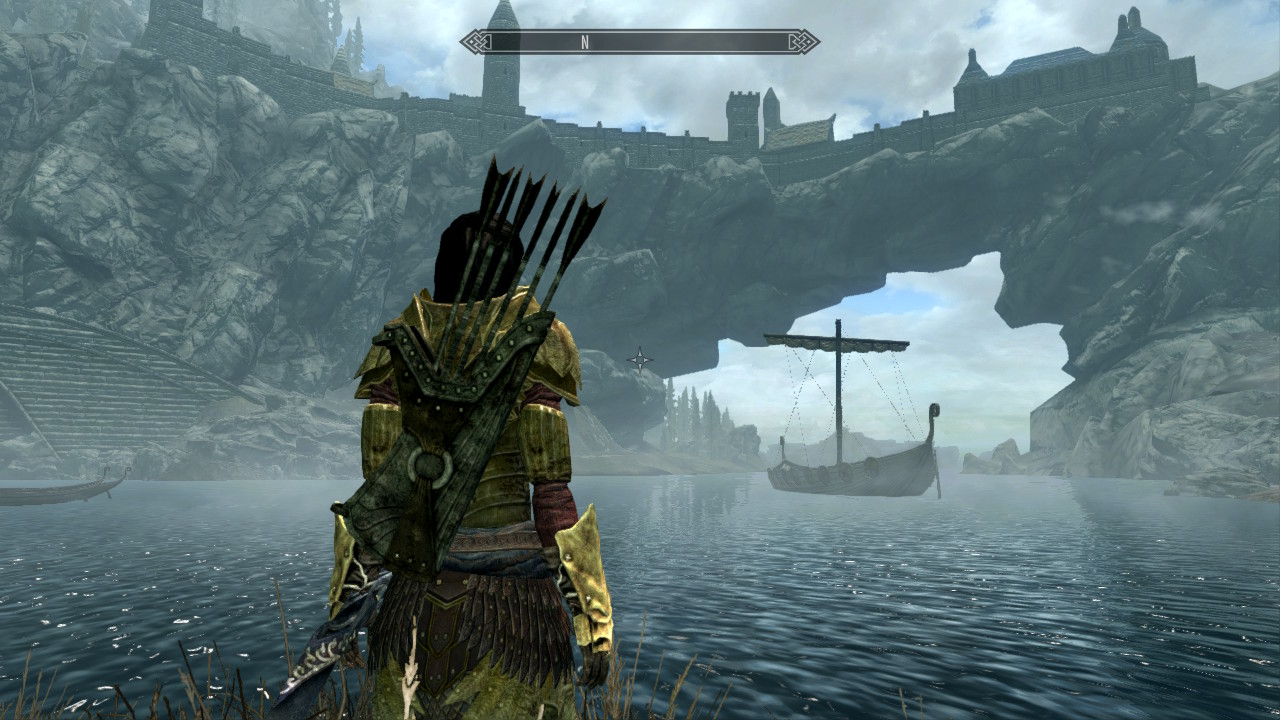 My fate changed when I realized that I am able to kill dragons and make their powers mine. Suddenly, all major powers in this twisted country wanted to have me on their side. But I had problems on my own. Dragons were after me, attacks from those vile beasts happened every other day. I tried to do my best and find out whom to trust and whom to hate. But in the end, I roamed the lands on my own. 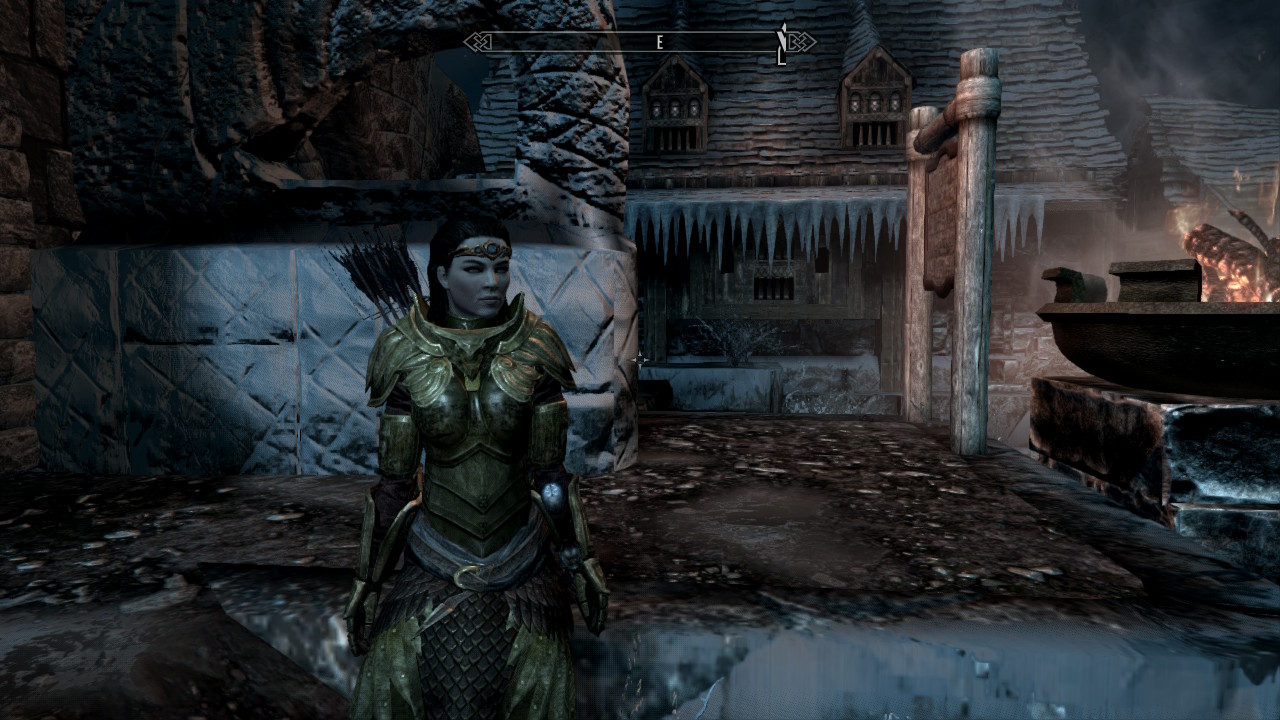 I even reached parts of Morrowind, namely the island of Solstheim. There were people I liked, simple folk, nice people. They fought and protected the land. But they were so close, and so few, so I didn't want to risk their lives. When I was near them, the threat of dragons attacking was too big. And so I continued to roam the lands. I made the city of Whiterun my home, adopted children and tried my luck in a job as a Blacksmith. But ever so often I got attacked by my foes, an evil magician tried to take my powers, and the Vampires started looking for me. I was once a cheerful girl. But times changed. 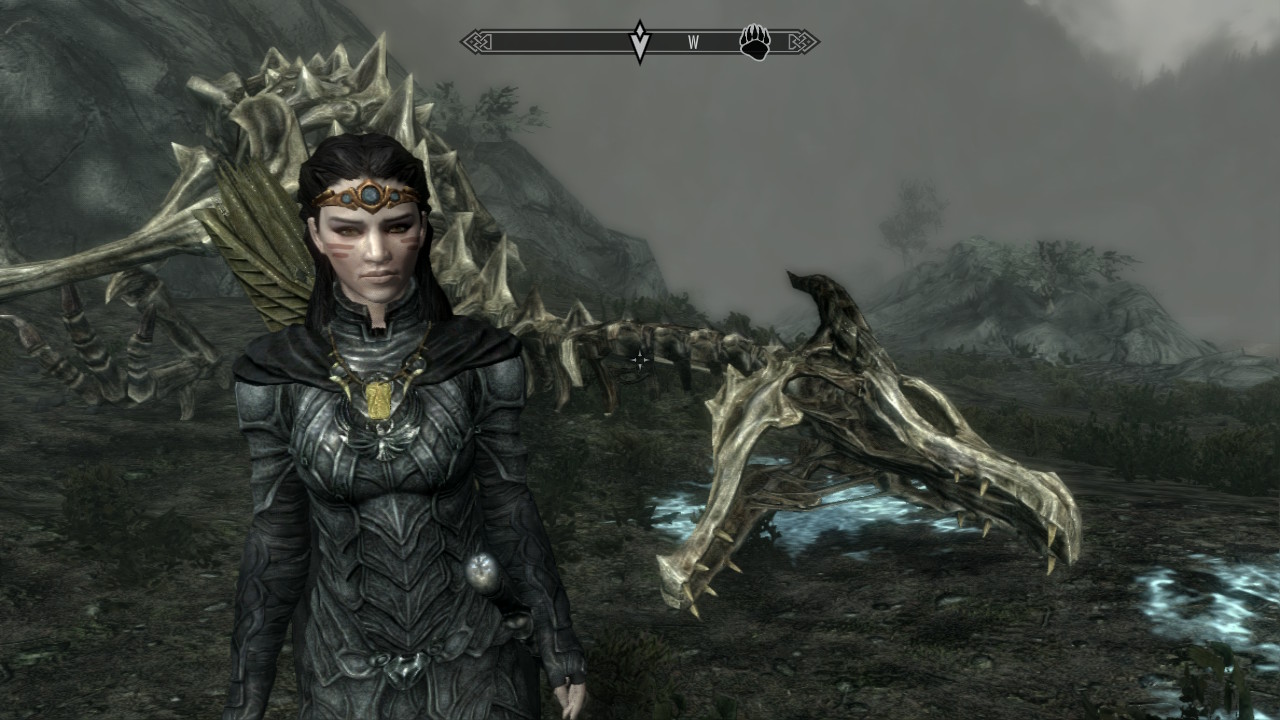 It's enough. I have enough of the never ending attacks of the dragons. I want to live in peace. A group of people approached me and they want me to find out where all of these undead dragons come from. I agree. Although I have a liking for the rebels who fight against the imperial puppet regime, I need to take care of the dragons. I also joined and took over the thieves' guild. I need allies in my live. And I want power to find out who can really help me in getting rid of all the dragons in the world. 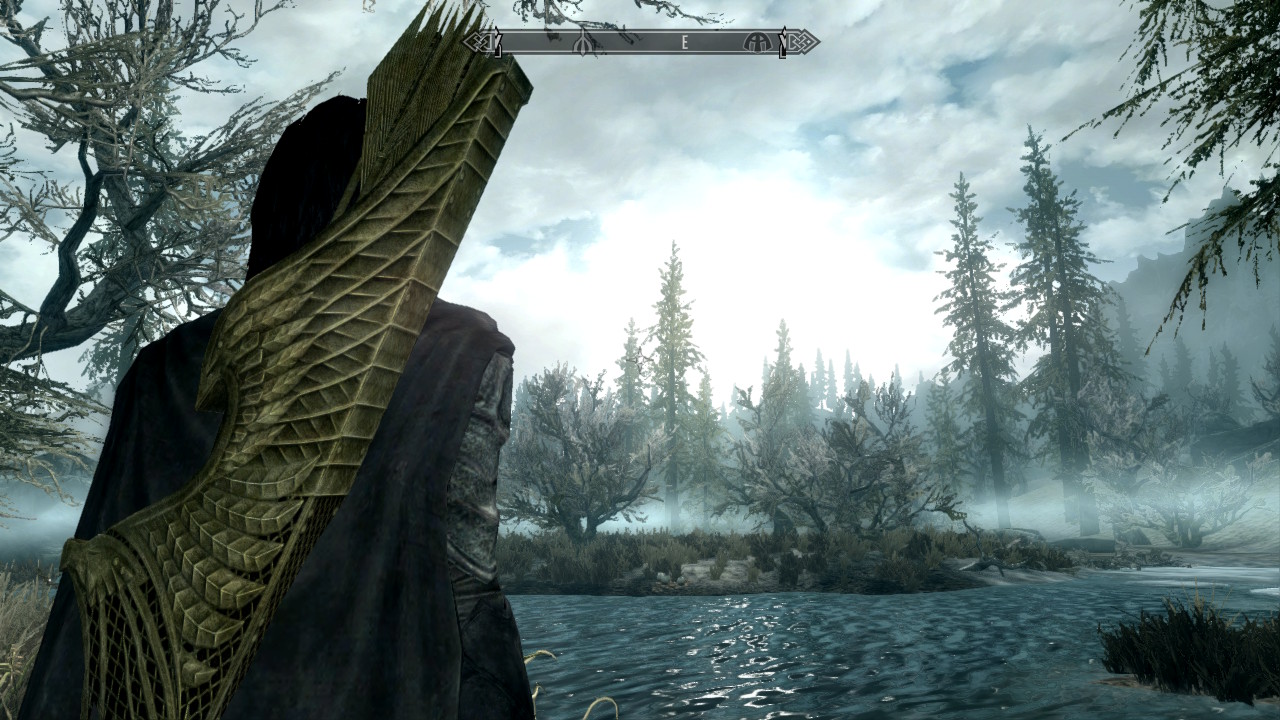 I'm really starting to like Skyrim now that I am here for a few years. It's cold, but it has its places where one can be. I especially took a liking in Rifton. Although I'm living in Whiterun with my family, I still like this city on the lake. And it's the home of my guild, I have business to do. No one at home has to know what I'm doing, though. 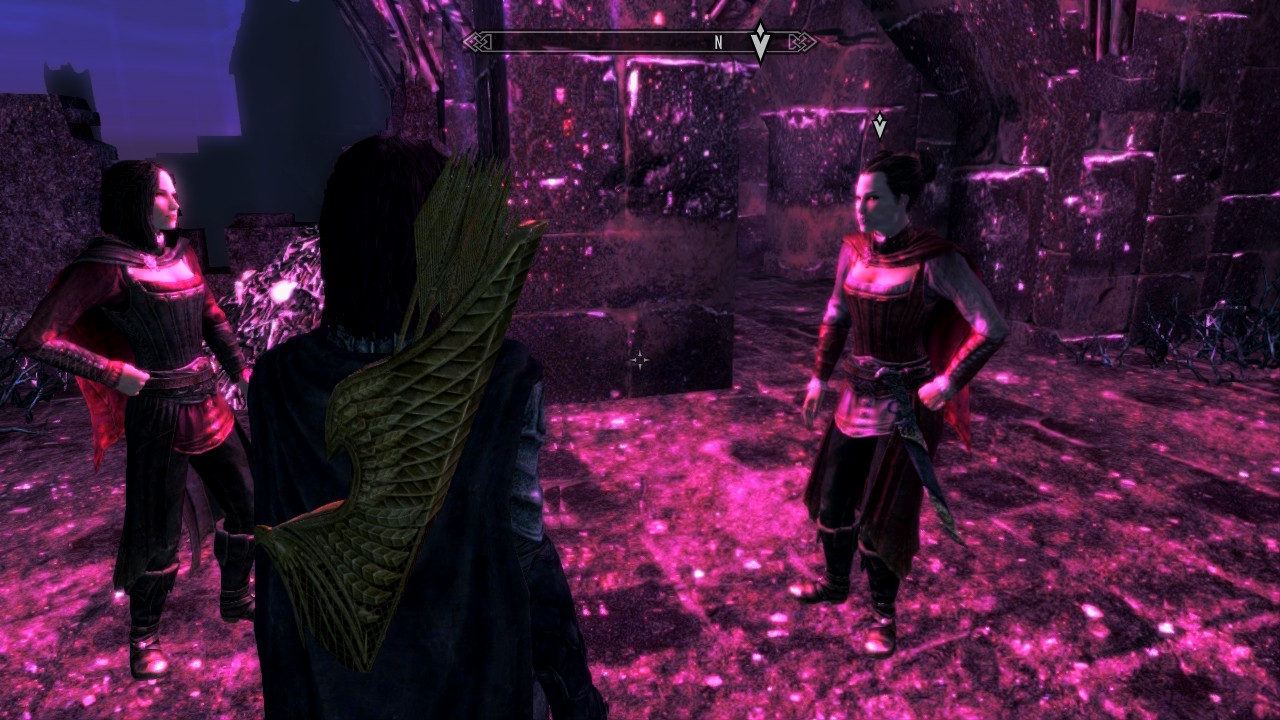 Now that I found out how to get rid of the evil dragons, I need to fix some other things. One of which is the plague of the evil Vampires that started to attack people. I have friends now. Allies. I have helped overthrow the empire. I am the archmage. I lead the Thieves guild. The new king is my friend. I am powerful. And I want to help people. 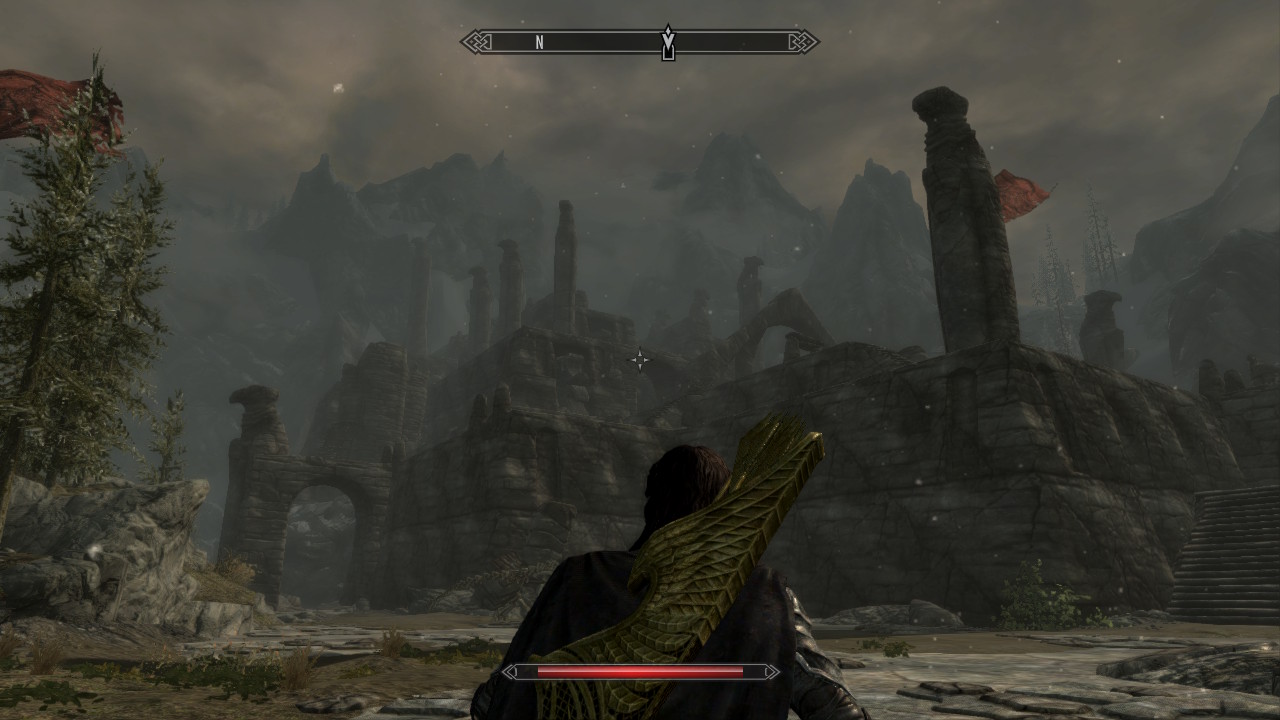 It's time to fight the evildoers. And after I killed the one dragon that started it all, I want to go home. Go home to my love, to my two children, to my friends. Isn't it ironic that I wouldn't be here if it wasn't for the dragons' attack? What a funny coincidence. Now I'm going to kill what possibly saved my life.

So many players do not give the story of Skyrim a chance and get lost in sidequests. But really, you should give it a try. The game tries to give you a hand and write your own story. Accept this opportunity and create your own story. It will be maybe not as intense as Fallout games could be, but you will see lots of interesting characters and experience lots of interesting scenes.

And even after all these years and considering how weak the Switch is compared to modern computers, Skyrim looks still so good. It's just so highly enjoyable.