Feda - the Emblem of Justice

Max Software - tested on the SNES in 2020
This review is about a game I decided not to finish.

"What, they made a Shining Force ripoff on the SNES and I did not know?"
This was the first reaction I had when my friend Bowie showed me screenshots and the packshot of this game. I was intrigued. The character design bore incredible resemblence to the famous tactical RPG series we like so much.

And indeed, the game looked very promising. The character design has been made by Yoshitaka Tamaki, the person who was also responsible for the original Shining Force's cast. The whole team behind Max Software, the creators of this game were crew members from Climax, who was originally behind Shining Force. 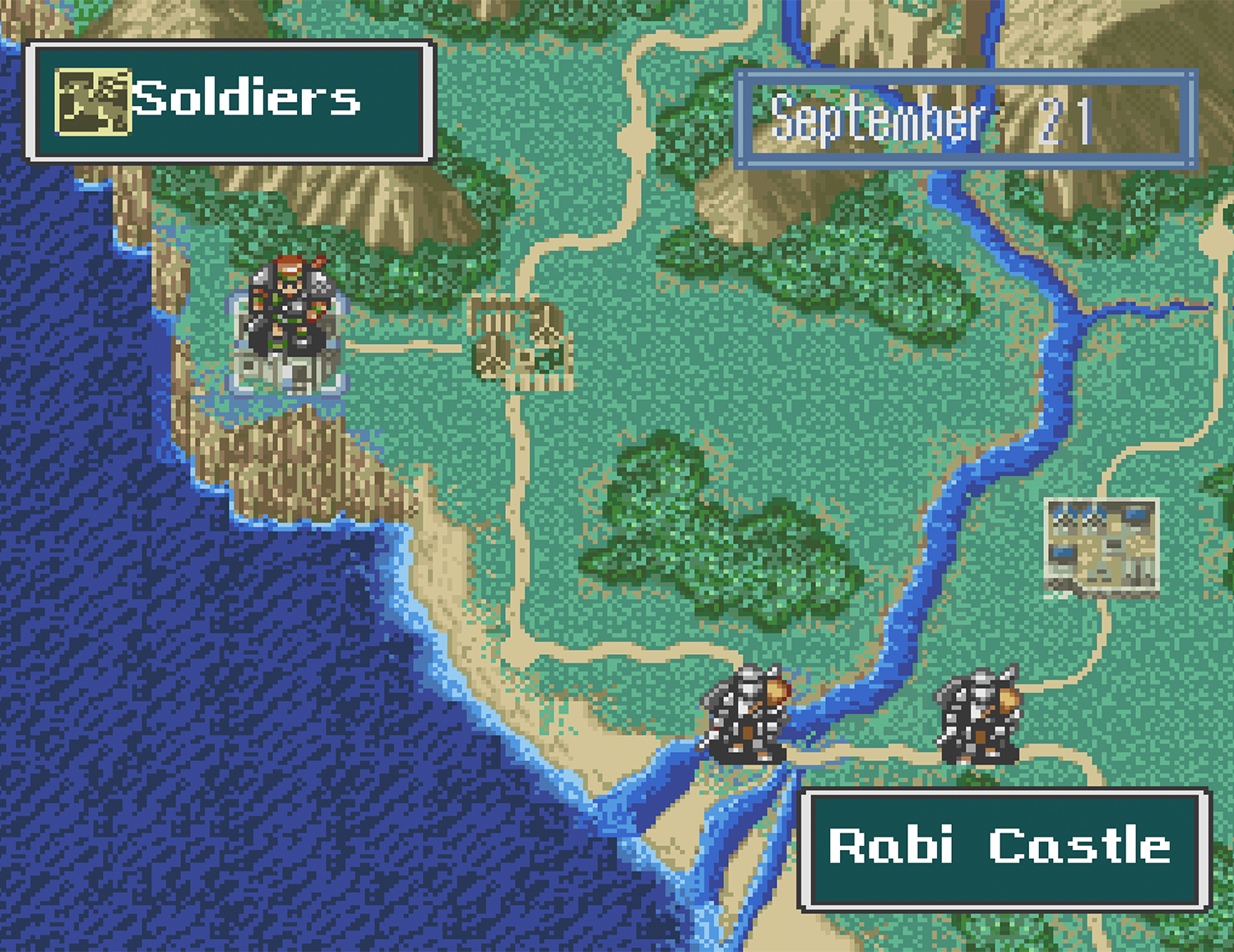 And then there's the feature list. Towns to traverse, an intense story, and an expanded battle system that does not only offer combat, but also some missions that have the players do more than just fighting monsters.

But first, let's talk about the story. In the world of Feda, there's war going on for hundreds of years at the time the story starts. The empire of the demi humans was on the verge of winning, and they slowly became the dominant, yet very repressing force in the world. The heroes, Brian Stelbart and Ain McDougal became renegades after they had to see crimes commited by their superiors.

As they were fleeing from the Units that chase down deserters, Brian and Ain became intertwined in the Liberation Army, a small group of fighters who try to withstand the evil empire.

The story seems to be very mature and has a much stronger, grown-up language than other games. 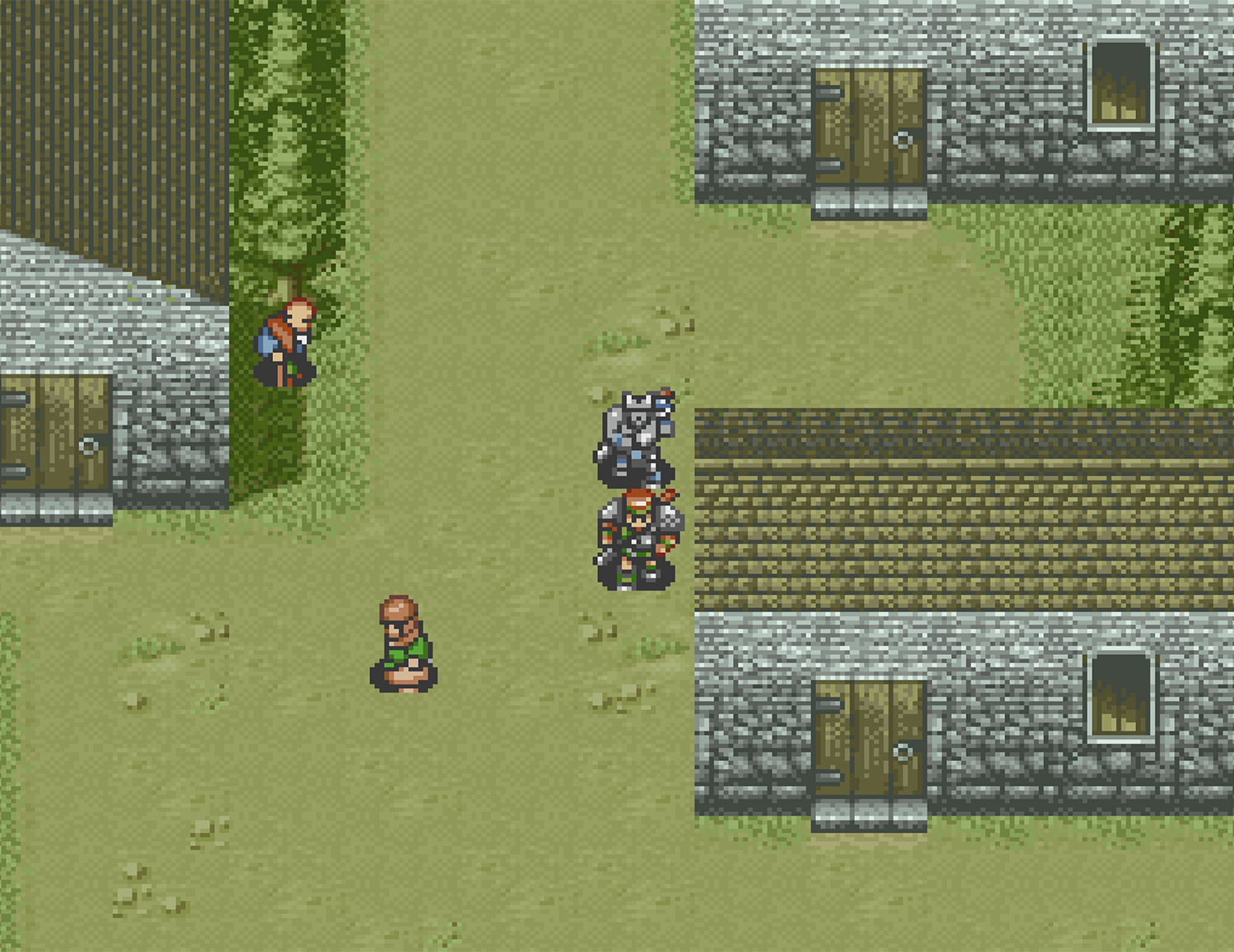 Battles are fought in turn based tactical RPG manner, not a lot unlike Shining Force. Characters and enemies' turns are determined by the "agility" stat, the damage dealt can easily be calculated by substracting the defense value of the unit that has been attacked by the offensive value from the attacker. There is some healing magic, some attack magic, and battles are presented in nice close ups of enemies and heroes alike.

In addition, there are mission goals, which also determine the "emblem" Brian and his friends are fighting under. If they manage to finish the mission with the mission goal, they get a "lawful" emblem, if they just smack and kill all the enemies, they get a "chaotic" emblem. The emblem decides, which party members can be recruited.

Battles are often on the easier side if you decide for the "genocide run", but trying to fulfill all of the battle missions can be a bit tricky. 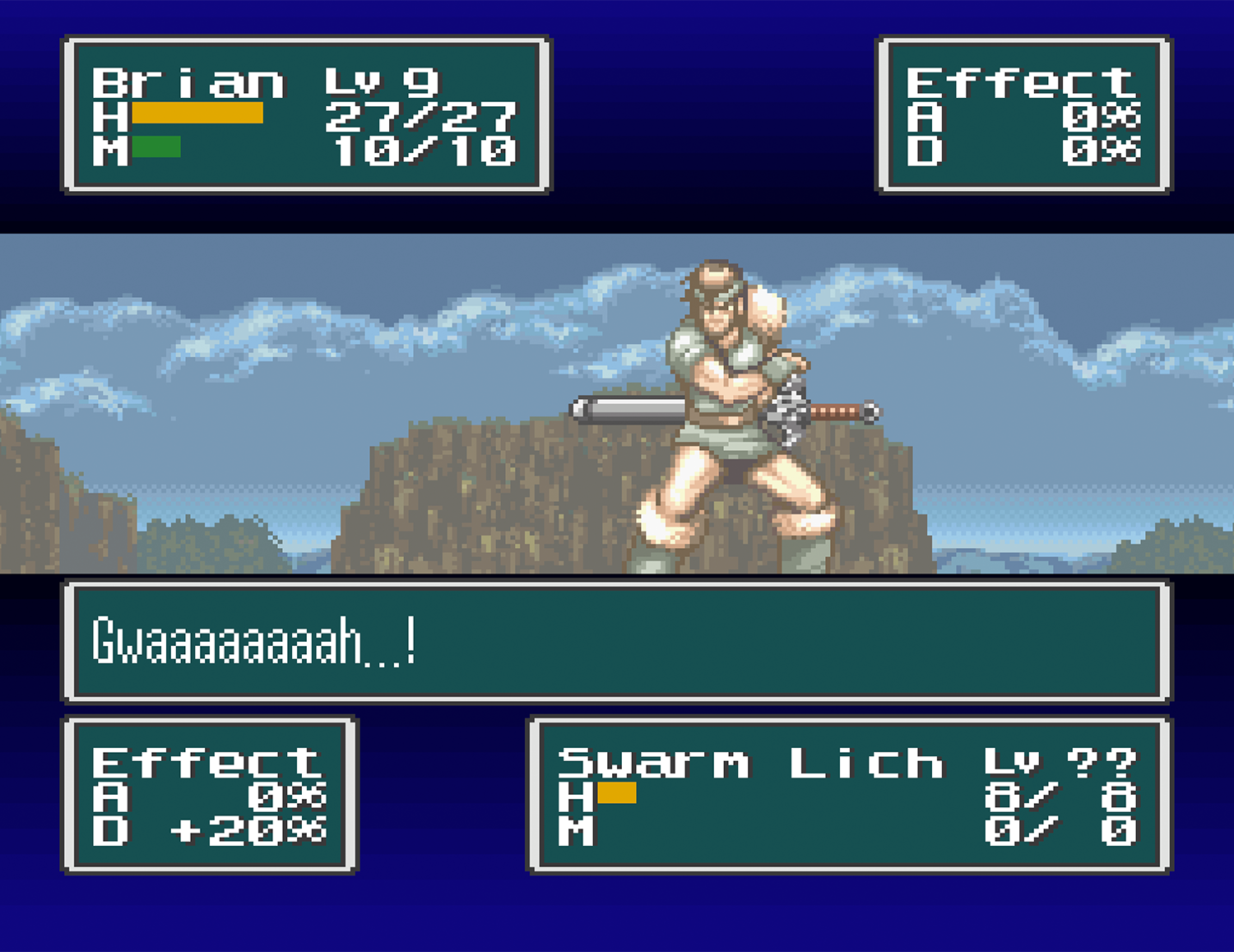 The music, sadly, is incredibly bad. There are one or two nice tunes in the soundtrack, but rarely the melodies can transfer some atmosphere, as they never seem to be linked to the area where the action or story is going on. Additionally, the instrument quality sounds more like a very early SNES game but not one from late 1994.

The visuals aren't much better either. Sprites often look much too bulky, the color palette is strangely toned down and looks washed out, and there only seems to be shades of brown and green within the game. The battle animations look nice, though, but they also suffer from this dull color palette.

The game has not been officialy brought to the west, but there are translation patches available online.

Man was I in good spirits when I heard about this game, but then I was incredibly disappointed when I started playing it intensively. Feda contains what I loved about Shining Force, but it does things so bad in so many aspects that I decided to quit the game. Don't get me wrong, it's not a bad game per se, since it has lots of qualitys, but for me, I didn't want to spend any more time in the game that I already did. For me, the point that made me quit my playthrough of Feda was the weak soundtrack and the disproportioned sprites. As they say, your mileage may vary, so give this game a chance if you happen to find it.

You are here: main page / reviews / feda the emblem of justice