Square Enix - Tested on the PlayStation 4 in 2019 by Kaoru 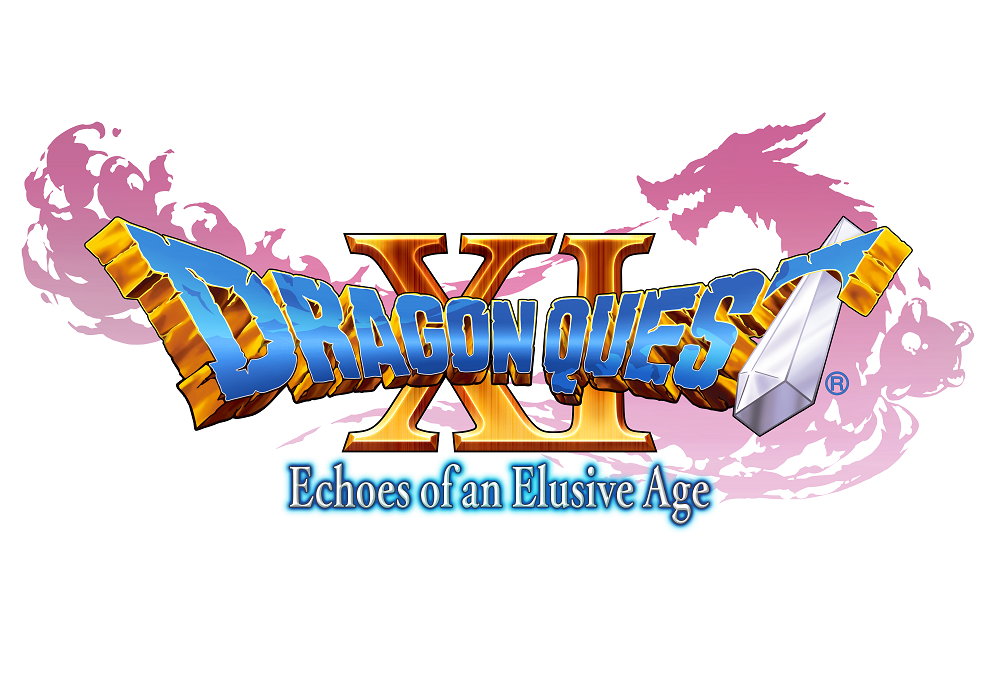 Dragon Quest XI was the entry in the franchise that got to celebrate its 30th anniversary. Though the developement time overshot this a bit, coming out in 2017 in Japan on PS4 and 3DS, one year after said anniversary. The West, which had to miss out on the previous game thanks to it being a subscription based MMORPG, had to wait another year to get it on PS4 and on PC instead of the 3DS version. People who waited for the early announced Switch version had it even worse, the wait won’t be over until this month (September 2019).

Despite all the quality of life that might have happened over the years, Dragon Quest stays a fairly conservative series overall. Not changing much at its core can of course be a good or bad point, highly depending on how much one likes the typical Dragon Quest design. These games demand that you meet them half way instead of bending over backwards for the player. Which makes very much sense in Japan, where a new release is an absolute happening and everything else gets dropped to be able to play it. Westerners might be a bit more shocked that Dragon Quest is somewhat slower and more deliberate than what almost all other JRPGs have become since the 32bit era. 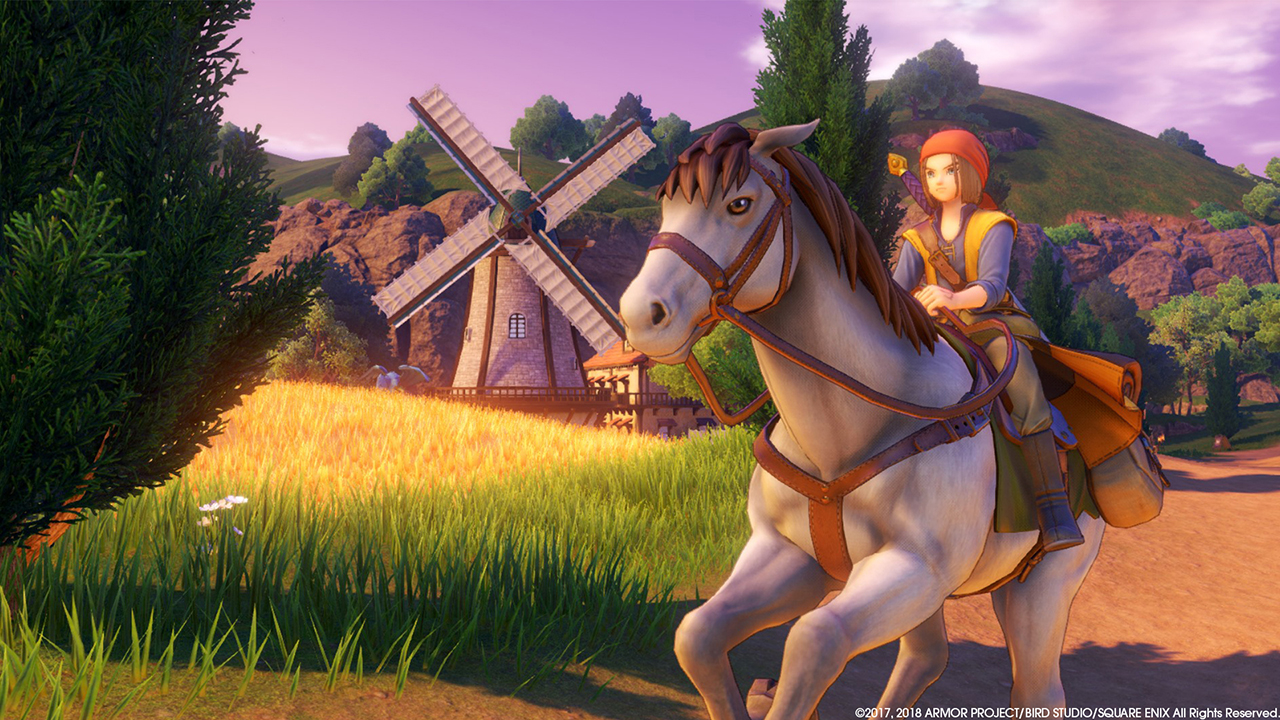 I kind of got it both ways with the game. On initial play, my standig towards Dragon Quest XI was lukewarm and I stopped about 8 hours into it for an extended break. Later I picked it back up again, getting rid of the mindset to have to finish games quick to get to the next one, and instead embracing that the game will be a slower burn that takes as long as it wants to. And suddenly it clicked with me. I speedily played through to the credits at the end of act 2, and still not having enough even went through all of the post game act 3. Ending up at a play time of roughly 90 hours. None of them being bored, which is surely quite a feat to accomplish.

But yeah, I had to first get re-acclimated with the way Dragon Quest works. The numbers in theses games are smaller, the levels aren’t rolling in as frequent (but mean more), the fights aren’t as quickly paced, the narrative is more about the individual local vignettes instead of a strong main one. I had to mentally take a step down and get back into a mindset of how RPGs where more like in the 8 and 16bit days. That’s nothing bad, of course, but it might take some getting used to since almost all modern RPGs went away from this kind of pacing.

This doesn’t mean everything about Dragon Quest is stuck in the past, a real 8bit like JRPG would be borderline unplayable these days. First and foremost the obvious graphical fidelity. Dragon Quest is one of the few JRPG franchises left that gets a AAA-budget and it really shows. Helped by the fact that the character and monster designs by Akira Toriyama lent a heavy stylisation to the look, Dragon Quest XI is probably one of the best looking games in the genre I’ve seen. People like me, who played Dragon Quest VIII at release on PS2, might remember how great we though the game looked, and what a showstopper moments like first seeing the great cathedral were. But with Dragon Quest XI, I had this „wow, this looks amazing“ thought almost constantly when entering a new area. This of course is helped by the fact that the game goes less for consistency and relies more on the oldschool themepark ride kind of world where every region has a stark distinct look compared to the others. 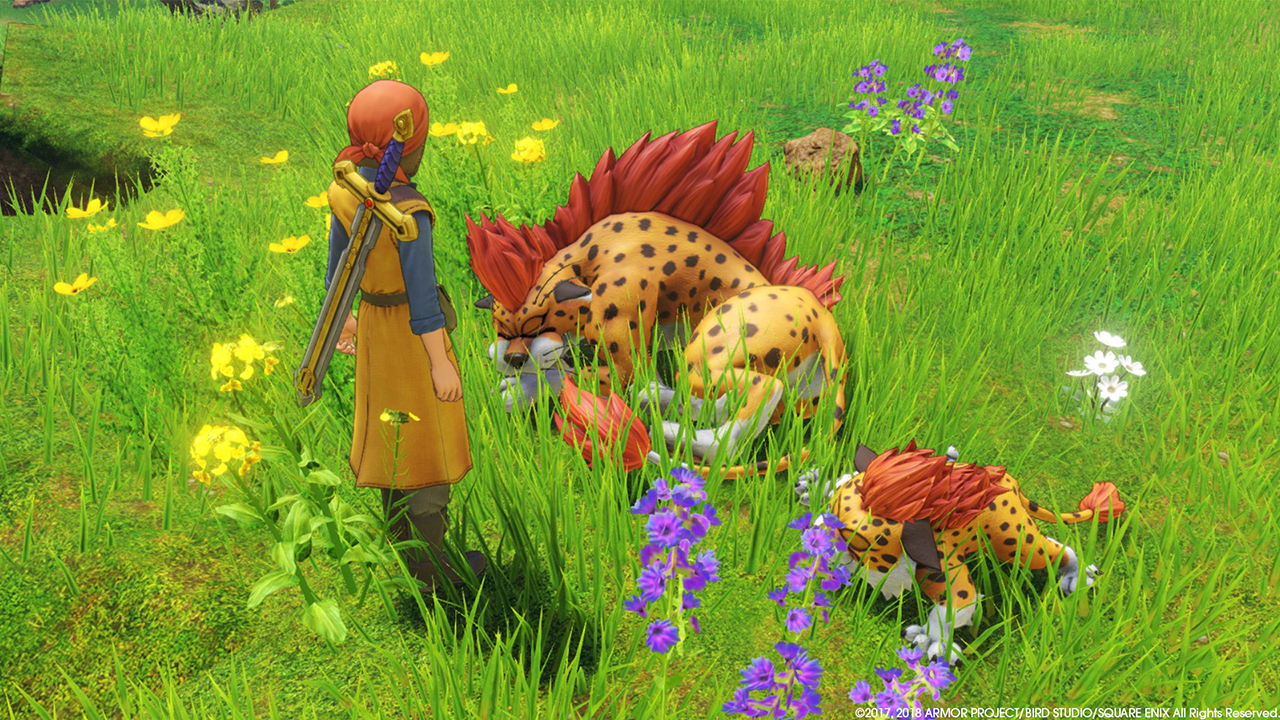 And then there are all these nice little charming touches in animations. When a magic-using pig with a big witch’s hat goes on the defensive, it actually curls up under said hat. When a character can’t help but be carried away by an enemie’s dance, they do a little jigg on their own each round. Being charming was always one of the big plusses that elevated the better Dragon Quest games and Dragon Quest XI ist bursting with it. Not just in design and animation, but also the mannerisms of the characters in your colorful rag-tag team of heroes. Which is a good remedy against the boredom this kind of game length could otherwise come with. It’s simply a lot of fun to go adventuring with this group and the comedic timing oft he game is on point. Act 2 also shines a bit of light on everyone of them individually to give some more dimension to even those you might not initially have thought to possess such. What helps a lot here is also the voice acting, which puts a lot of additional emotional weight into the already well staged cutscenes of the game. Japan clearly got the short end of the stick here, when tradition decided to go without dubbing the game at all.

Other nice modern necessities that make the game more playable, of which some we actually have to thank Dragon Quest X for, are as follows. NPCs that have helpful infos are marked on the map with a pink dot, while those that offer a quest are violet. No more having to search for everyone to make sure you haven’t missed something to do or a snippet hinting on where to go next. You can now use Zoom even inside of buildings to quickly teleport somewhere else. On top of towns and some dungeons being available, the teleport list now includes camping sites to make backgracking through the large areas more convenient. Enemies are still visible on the overworld, so you can bypass them or hunt down specific ones instead of waiting for the right random encounter to trigger. Every character has a skill board to customize them with points from leveling up, and the game even asks you directly after such a level up occurs if you want to distribute them right away. Since you are likely to take a break, voluntary or not, during such a long game, it opens up with a short recap of what happened last. Every character, even the ones not active during battle, will get exprience points to not lag behind. And after the current set of four is defeated, the others even get a chance to still win the battle into one’s favor. You can even rotate them in during battle. There’s also the option to free roam during battles, but I’m not sure this did anything since they are still turn based and positioning seems to not matter, so I went for the traditional staring-contest-lineup. Personal preferences also made me turn off having the characters controlled by the AI. 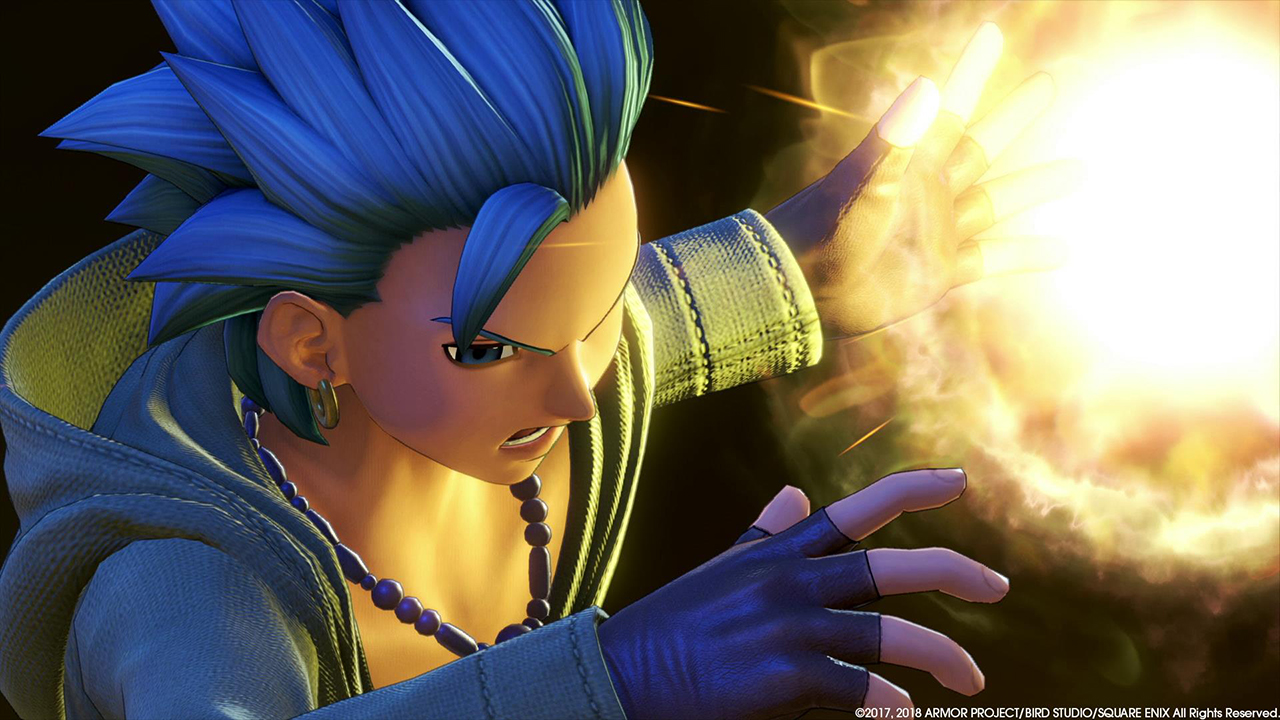 Also worth noting ist the fun-sized forge. It’s kind of XI’s alchemy, but only for smithing equipment. You can use it on every campsite to make new equipment, as long as you found the necessary recipes. The game telling you that it was a „success“ or „fail“ heavily relies on the hero’s level too, since he’ll get more stamina points to use up and better equipment necessitate more moves to finish. You can’t really fail the smithing, though. Even messing up will always result in the piece being made with base stats, being successfull simply means it might get a +1 to +3 added that raise those stats even higher. To be honest, the forge is a bit overpowered, if you search for new recipes regularly, you’ll barely ever have to buy equipment in this game.

Part of this is that Dragon Quest XI overall shoots for a more relaxed difficulty. Especially if you often smith new stuff, not spread your characters too thin on skills, and don’t run past every monster, you wont encounter many hurdles in the game. Maybe outside the odd boss here or there, but those then succumb to a change of tactics rather quick, too. Which makes for a decent pacing. Sure, this might sound odd after I said that DQXI is slower and more deliberate and that it took me 90 hours to finish. But honestly, it always felt like I was progressing through it on a decent level, never like I was waisting my time. And if you’d like for the game to be more difficult, you can always turn on some of the draconian settings. Those enable different challenges like harder monsters or not being allowed to wear any armor.

As someone who played all previous ten entries in the franchise, I of course have to mention the fanservice in this game. Dragon Quest XI, coming out at its 30th anniversary, goes hard on refering to previous entries, especially the original Loto trilogy. For example one of the main pillars of the world’s lore is a previous group of heroes that already tried fighting the big bad. And that group looks exactly like your cookie cutter standard team from Dragon Quest III would. And if you thought that the game has more nostalgic nods to previous games in its first two acts than is usual… ho boy, you just wait for act 3. It possitively explodes with winks to them every opportunity it gets. Said legendary hero group even gets some voice acted cutsenes here, and they speak in Ye Olde English from the old Dragon Warrior translations! This should be a good indication on how much love to detail and the franchise as a whole was put into XI. And somehow act 3 still manages to round out the game’s story well, instead of just being cheap fanbaiting. And to think that the 3DS version even let one play through little vignettes literally taken directly from the previous games that didn’t make it into the PS4 release.

Let’s shoot this straight: I haven’t been this enthralled by a Square Enix RPG in a very long time. Probably not since Dragon Quest IX and the first Nier hit almost a decade ago. My initial stumble isn’t weighting very deep, if I then got fully taken away by another 80 hours of entertainment. A classic adventure like this isn’t often delivered anymore, and certainly not one that looks this good and is this well designed. Absolutely a game to play with top priority.