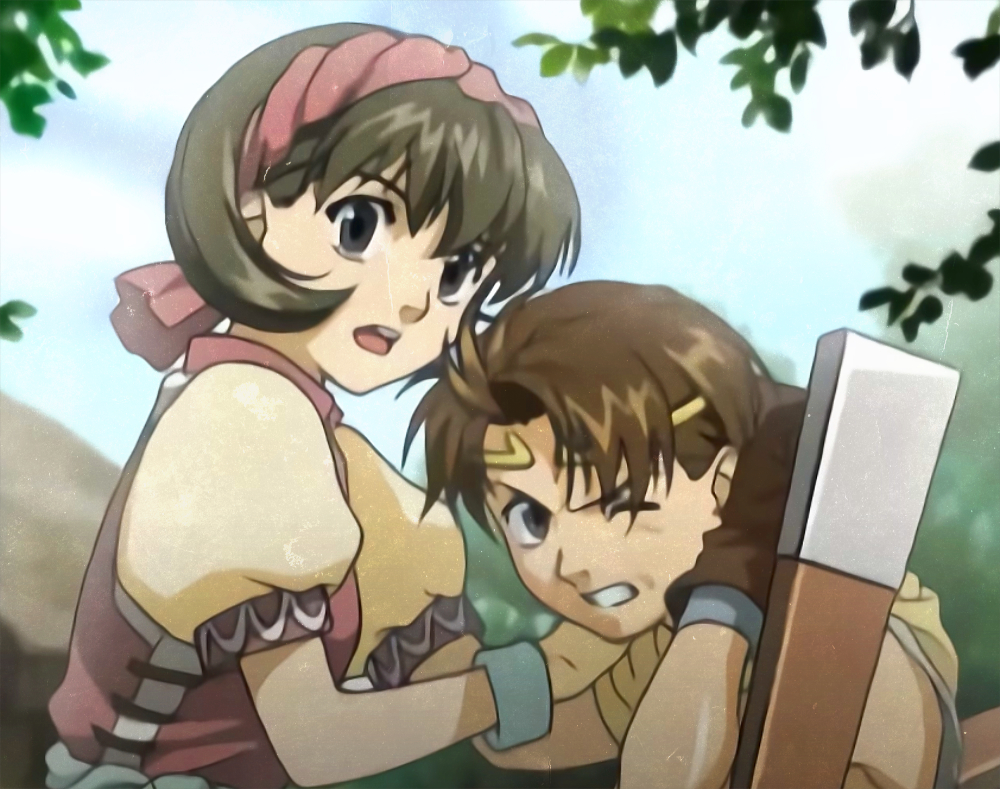 The Suikoden series was always famous for strong, believable characters. So for this series, it's easy to choose the series of warm hearted, fine RPGs. But which character should one pick first? Since we left out June in 2022, this time we cover 2 characters for our sprite of the month series.

Many games or animes have a cheerful female character in their roster, and usually that person is light hearted, means well but can be incredibly annoying. On first glance, it's the same with Nanami, who is the foster sister of the games' hero Riou. 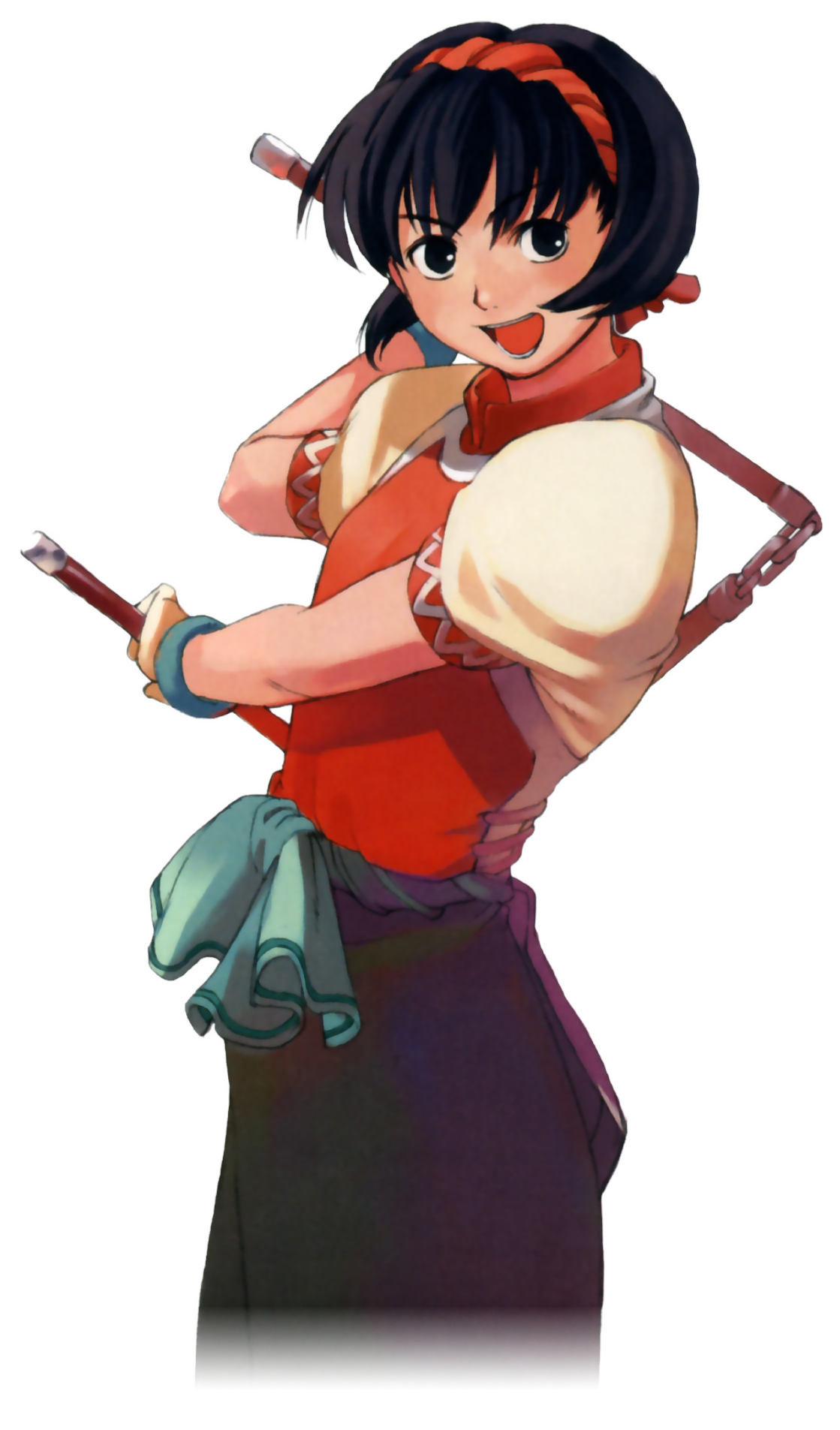 When he comes home from being betrayed and imprisioned, she immediately jumps at him and asks him all the questions where he had been and so on in a very energetic manner. When he's imprisionied again later on, she helps him escape with lots of energie and an over the top attitude.

But Nanami is more. During the adventure, she starts calling the hero out and asks him to end the journey, to flee with her. It's even possible for players to give in to her demands and end the whole journey by running away.

Nanami does not like wars and fighting, and as the game progresses, she tries to do anything to keep the loved ones around her safe.

In the end, however, Nanami does something that I've never seen from any other characters in all the RPGs I've played. I can't go into much detail here (as I keep these sprites of the month spoiler free) - you can read everything about her here.

Nanami's look has an eastern attire and she fights with a three segment staff. That's a quite interesting weapon; she was taught to fight it by her foster father, Genkaku.

Nanami is a character that makes Suikoden 2 what it is - a incredibly warm hearted game with so much depth in the character development. It's interesting to see how a character starts being shown as being full of cliché, but in the end isn't. 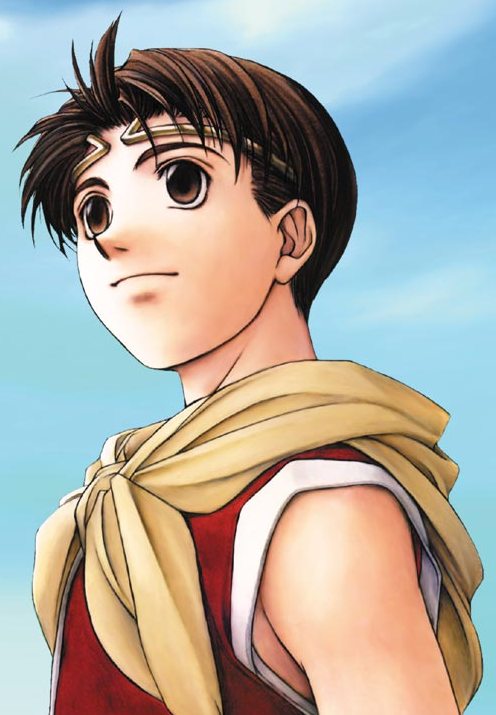 Riou is the foster brother of Nanami and the games' hero. Like the heros in other Suikoden games, he is mostly silent during the game, but sometimes says sentences players choose for him.

Suikoden games walk the narrow path where there is a silent protagonist (which is meant to increase identification of the players with their character as it leads to more role playing) but the characters also have a past and a more intense storyline, family and friends.

So although players can control how Rious behaves, he acts on his own if it comes to emotional impact of serveral scenes. There are moments when Riou is sad, exhausted or even happy.

His personality is portrayed by the way people react to him and his actions. While he is just a youth brigade soldier at the beginning of the game, he becomes a respected leader later on, but also a friend who constantly gets visited by people who befriended him.

This increases how people also feel about Nanami, as she really becomes sort of the "big sister" of the players characters.

Riou also wears a style of clothing that looks like if it came from the far east, and he fights with tonfas, a weapon which was very popular back then in various games around the time (Fighting Vipers, Battle Arena Toshinden, Soul Calibur 2).

You are here: main page / coverage / sprite of the month / nanami and riou