How to level up most efficiently

Use of the card system (Shining Force 1 Remake) 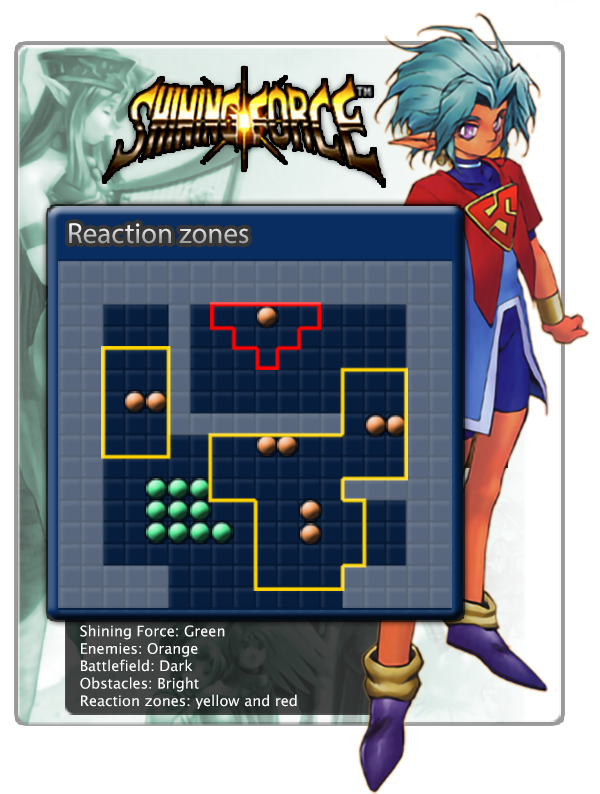 There is a difference between the Shining Force games as how the enemies approach players. Noticeably, Shining Force 1 behaves differently than the other games in the series.

In Shining Force 2 and 3, enemies move freely and try to attack the Shining Force directly. They can move around the whole battlefield, which can be pretty stressful as there is sometimes only little time to react properly. It's also wise to keep weaker characters in the second row at all times in Shining Force 2 and 3, as the enemy movement is so agressive and pushing at times. And even at those times, a swift action by an opposing mage can directly hit characters that try to hide.

So it's generally wise to keep that in mind when playing one of the later games.

The original Shining Force, as well as Resurrection of the Dark Dragon on the Gameboy Advance, enemies have reaction zones (yellow boxes in the graphic next to this paragraph). They usually won't start attacking unless a player controlled character enters their proximity - usually two or three blocks from their position. Sometimes, as soon as they're able to reach a character, they start to move.

In order to determine the exact reaction zones of enemies, it's wise to send a decoy out to find out when enemies begin to move. Domingo is a good character for such an errand, as it has a strong defense and high maneuverability due to its flying status.

How to level up most efficiently

Use of the card system (Shining Force 1 Remake) 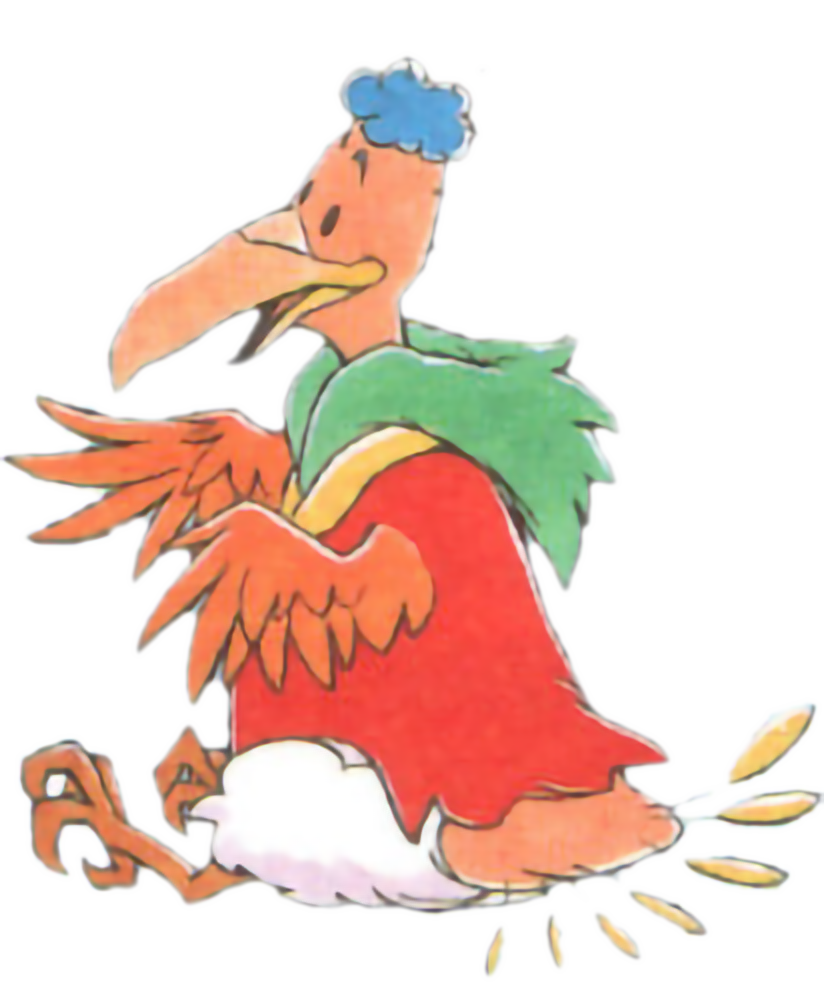 After the first story climax of the game, Peter joins the Shining Force temporarily. He is a strong and capable phoenix (or rather "phoenik"?), but will be AI controlled for several battles.

If you try to sensibly level up your party, then he can be a real nuisance. Peter acts just like an enemy, but he's on your side. Still, he attacks whatever enemy is in reach. If you weakened a foe to level up certain characters, then it can be really annoying if he interferes with your plans and kills said enemy, getting all the EXP.

My suggestion: leave him alone, outpace and block him on every occassion. Peter will be fast enough and strong enough to attack enough enemies and interfere with your troop advances anyway to stay at a decent level until he will eventually join, so usually I just try to leave him behind.

When there's no enemy around, he usually just moves 1 - 2 blocks, so it's easy to move ahead of Peter. Try to block enemies with your own characters quickly so that he doens't have any room to approach them.

When he fully joins the Shining Force, you can treat him like any other member. And you should keep him in your force since he's pretty good!