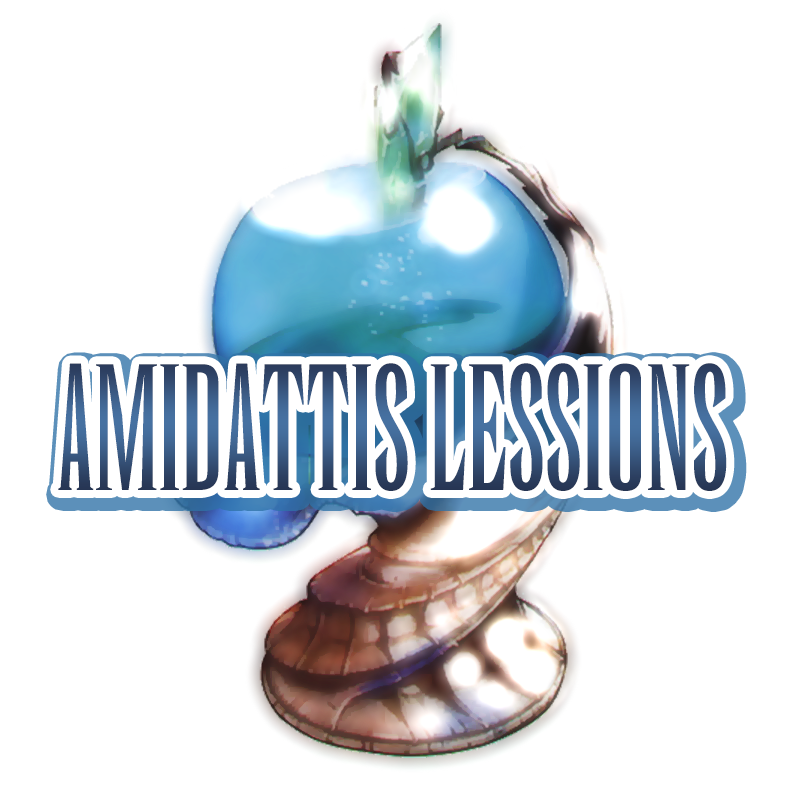 This article shows you some of the changes that Final Fantasy Crystal Chronicles underwent during its development, based on an E3 demo from 2003. 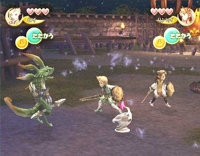 Noticeable are the A- and B-buttons below the player's names. The A-button is marked with the action currently used, if there's such an action available. For actions or spells that can be charged, there was an extra display of the charge status below the player's name. The buttons have been exchanged with a menu in the final version which shows the current version and the ability-slots available. 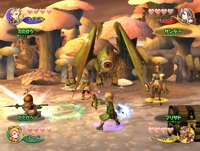 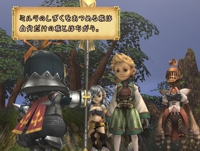 For the cut-scenes, a new textbox design has been created. The name of the speaking character was added, the design was plainer with a simple border, the boxes are also half-transparent now. The original design is still in the game - just look at the info boxes which notify you that a new entry has been made to the diary.

The area surrounding the crystal chalice was not yet implemented in the demo version. You could guess it where the myrrh evaporates, but there was no line showing the end of the "safe area". This was not implemented until the very end since even the later E3 versions still lack this border. This looks better from an immersion stance because this would be most likely what a magic bowl around you would be like, but it's hard to distinguish in a stressful battle situation.

The GBA interface has also changed in the final version: the magic combination system was changed to look like the usual item management. My guess is that this interface was not working for the test players when they had collected lots of magic in the larger dungeons. 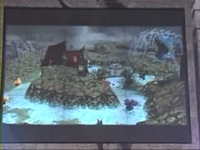 The "Tida" stage most probably underwent the most drastical changes. The ground on this screen looks as if there's snow, but the houses show no sign of it. The white surface could also be the spider webs you can find in the final Tida-version... The colors changed as well to make the level even more depressing. The change of the Tida-level could also be a reason that there's no real "snow"-level in FFCC, except Mt. Vellenge, where's a little snowfield.