From legend to disgrace?

Working Designs was a company founded in 1986. At the beginning, it was focused on developing software for PCs. After one of the key members of the company passed away, they hired now famous Victor Ireland to finish the jobs that the lead programmer wasn't able to finish. 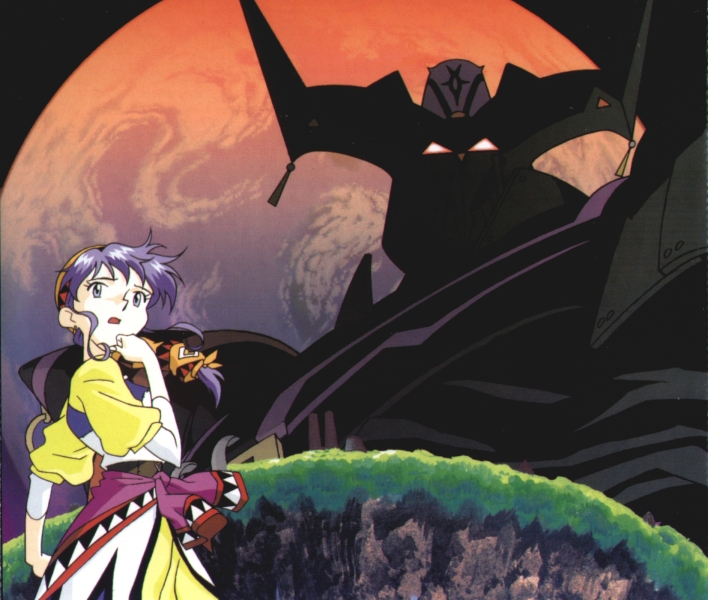 Soon, Mr Ireland changed the company to become a video game publishing firm with focusing on those new CD based games that were just coming up in the early 90s. The TurboGrafx CD (PC Engine CD) and Sega CD (Mega CD) were the primary platforms Working Designs released games on.

Back then, they were known to bring games to us westeners that would otherwise have been left in Japan. So, as time progressed, Working Designs became famous and really was loved among fans. Especially since they created beautiful collector's editions with all sorts of goodies included in their games.

After the PlayStation 1 / Sega Saturn era, Working Designs got into financial trouble. Mr Ireland became increasingly erratic in business decisions. First he ignored the Sega Dreamcast due to some arguments with Sega, then he focused on the Sony PlayStation 2 and neglected potential games Working Designs could publish on the GBA.

In the end, after some delays and postponed games, Working Designs had to declare bankruptcy in 2005. After the demise of Working Designs, Victor Ireland founded Gaijinworks, a company that to this day publishes games in the west. However, Gaijinworks was on hiatus for almost four years when this little report had been written.

No, you're not dreaming. You've hit the jackpot. Scored the motherlode. Achieved Nirvana. Let the cares of your world melt away for a few minutes and immerse yourself in our world. A world built from the elements of solid gameplay, immersive storytelling, and hypnotic graphics. A fantastic world not many other game companies even have a clue exists.

From legend to disgrace?

For a very long time, Working Design was seen as a legendary company. They presented themselves as friends of the gamers, with a witty description of themselves. They brought out great games. Lunar, Growlanser, Arc The Lad, Magic Knight Rayearth. They were us gamer's friends, great buddys that snatched all the games from Japan no one cared about. 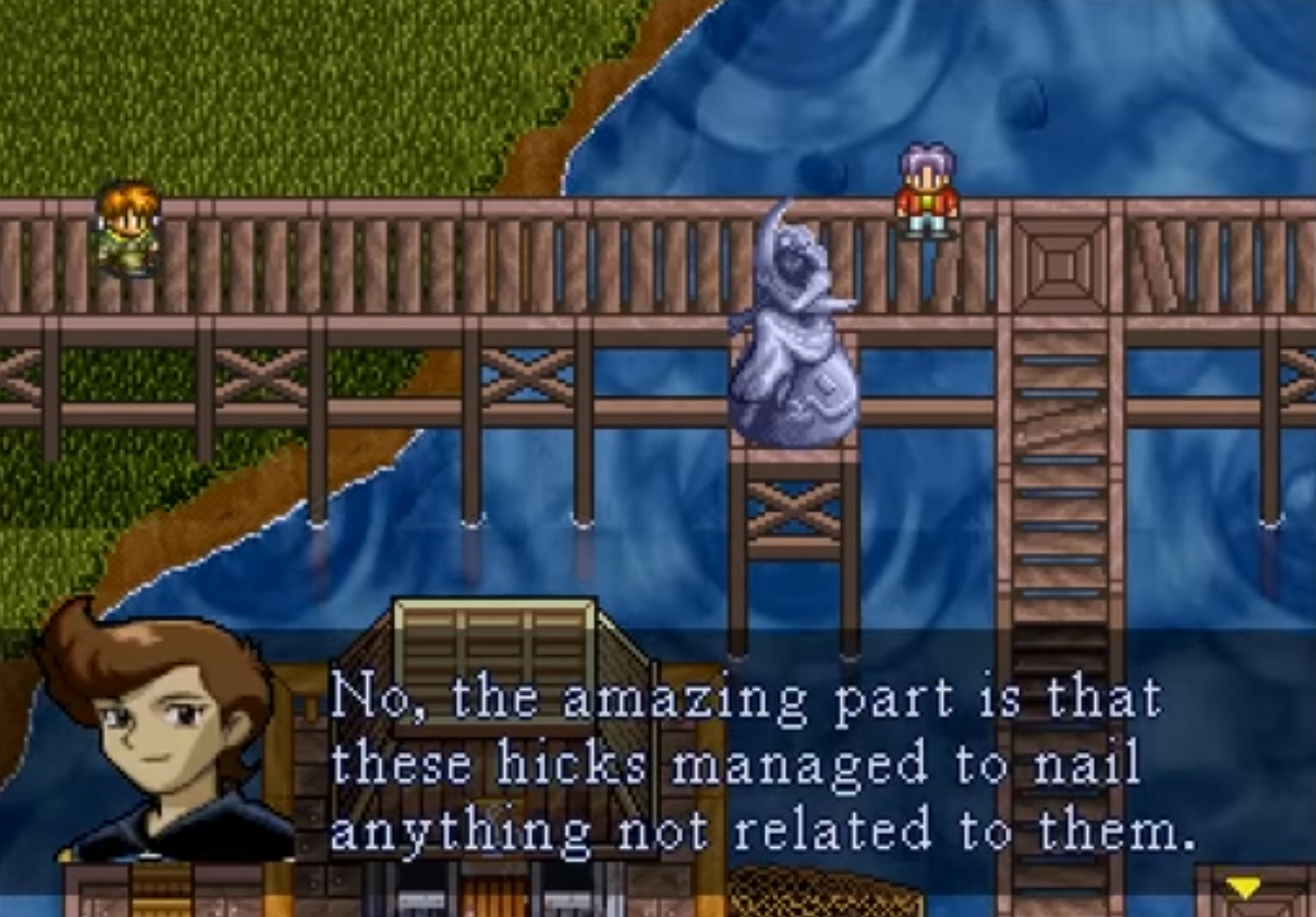 The only thing that I was aware of that they were criticised about in the early days were some weird translations. As time went by, I stumbled about more and more strange examples of Working Designs shenanigans. They put a lot of references about pop culture in their works and also some weird dialects. There was a story in one village in Lunar: The Silver Star Story for instance where there was a hint that all the villages' families practiced incest. Which was very inappropriate and not funny, even back then.

Something that just surfaced in more recent years is how Working Designs tinkered with the games' balance. In many of their games, they changed some parameters to make the games significantly more difficult. In Lunar, for example, the EXP payout was reduced by 15% compared to the japanese original, the silver output was reduced by 11% and the infamous feature that boss enemies leveled with the main character was also made harder.

In other cases like Exile 2 on the PC Engine, Working Designs overdid the difficulty changes but later on couldn't revert these changes as CDs already had been produced. Kurt Kalata from Hardcore Gaming 101 points out that Working Designs tweaked the difficulty so that the games couldn't be finished in one weekend. This was a thing that some companies did in the 90s to make renting games more expensive and eventually persuading people in buying the games.

Having more fun with the games was never part of the plan, but rather economical motives. 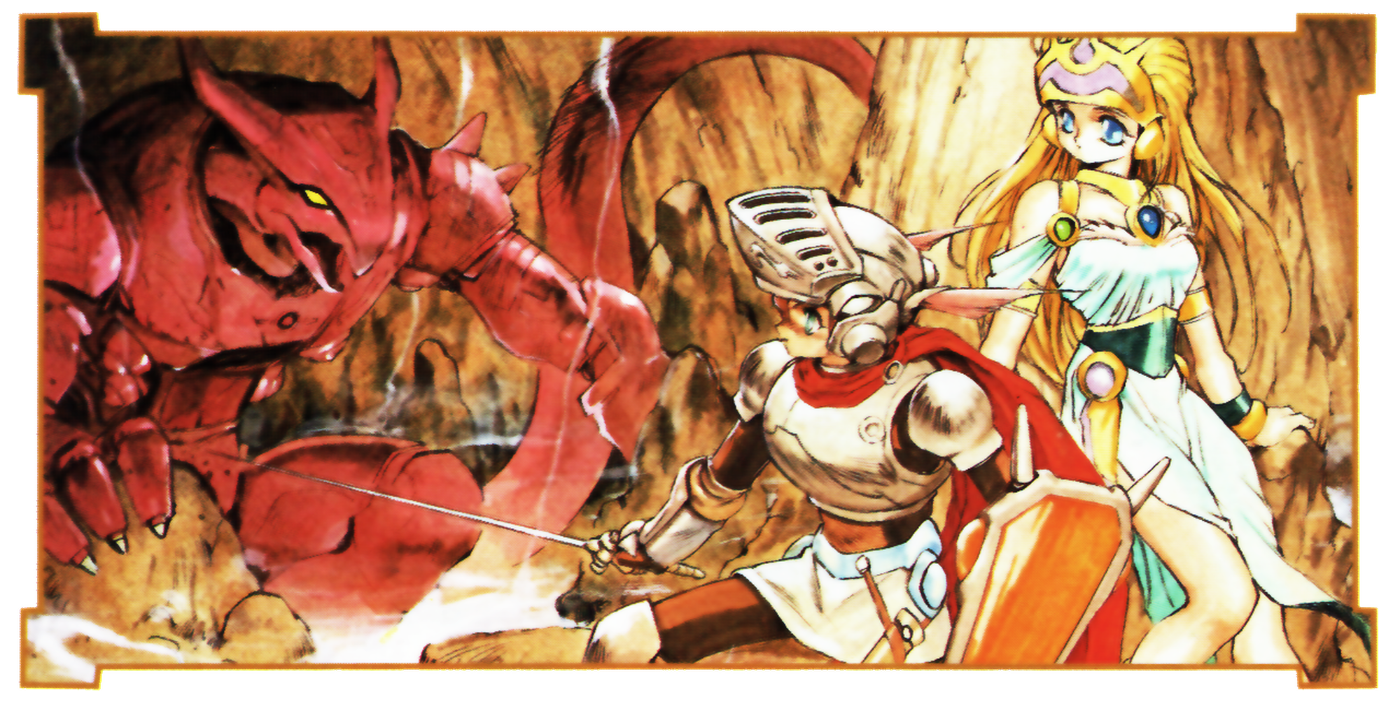 However, Working Designs did something that was pretty uncommon in the 90s and early 2000s. They ported RPGs and other fringe games to the west, often against the plans of the console makers themselves, which led to some controversy between Working Designs and Sega as well as Sony. But the company managed to bring the games to the west eventually.

And even if they mingled around with the stories of the games with their "Working Designs humor", they provided translation notes with almost every game, even if they weren't published in ultra expensive collector's editions like the Lunar games.

Victor Ireland, who was portrayed like a person who didn't care much in some reports about the translation shenanigans of Working Designs actually tried to improve the games - even if it turned out to be something bad, like save games that cost money in Lunar 2: Eternal Blue on the Mega CD. Mr Ireland even received some apologies from people who played the Japanese versions of games that Working Designs ported, when they noticed that the original games also had their flows that Working Designs tried to undo.

Working Designs was gone for almost 20 years when this article was written. When they first declared bankruptcy, gamers in forums and early social media mourned their demise. Even if there were already talks about their changes in some games magazines like "Diehard Gamefan" and "Games Republic", most people had fond memories about the games and those nice collectibles.

In recent years, especially spawning from the rom hacking community, there were (successful) attempts in undoing the things that Working Designs did. But some people who looked deeper into what Working Desings actually did noticed that not everything was badly made during the translation process..

So, let's not forget that Working Designs selected the games they published in the west and made them available - which sparked the interest in RPGs in many gamers. And they indeed cared about the games and thought about how the players could enjoy the games more.