Tri-Ace is still a pretty new developer of games, the company was founded 1995 after some members of Namcos "Wolf Team" went independent and now emplys about 110 people by now. Their gameography is still very clear; in their ten years of existence Tri-Ace developed seven games of which four have been released in America (one more is announced) and two in Europe.

Their main series is Star Ocean, which consists of three installments until now. Although this series has not the tradition of games like Final Fantasy (considering the amount of titles released), they created an atmosphere so that one title resembles its predecessor without just copying it. It's an interesting concept. 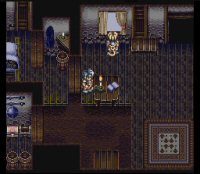 But even aside from Star Ocean, there are many aspects in Tri-Ace games that resemble each other. One is that the bonus dungeons always have the same background music in various remixes and there is the same bonus boss battle music troughout all Tri-Ace games (well, except of Star Ocean 1). Since Tri-Ace is a quite small team, the games also play with various de-ja-vus but always create an unique atmosphere. The Star Ocean series merges modern Sci-Fi elements with medieval settings, Valkyrie Profile has a story that uses the nordic mythologies as its background and Radiata Stories uses a medieval setting.

Head of Tri-Ace is Yoshiharu Gotanda, but the most famous member of Tri-Ace is most likely Motoi Sakuraba. Although he is a freelance musician, he did the soundtracks for all the games that have been released before 2005. The creator of Radiata Stories' Soundtrack was Noriyuki Iwadare, not much less popular than Mr. Sakuraba. Other than these two men, Tri-Ace is mostly just known as a team. 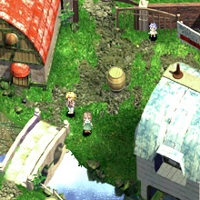 Since their line-up is still not too big, let's take a look at the games Tri-Ace developed until now. Their first game was Star Ocean released for the old SNES back in 1995. Before that, Tri-Ace was part of Namco and they developed the well-known "Tales of Phantasia". The game is about time-travels, mysterious events in deep Space and a horrific diseaese. What's special about Star Ocean is the extensive use of voice acting. Tri-Ace used 48 MBit cartridges equipped with a special RAM-chip to create a game that's far above the capacities of the SNES, audiovisually. The game system is action-oriented, but not as free as in the later installments. The game is known as a very good and cineastic RPG with few flaws (and an item creation system), which was never released outside Japan, sadly enough.

The PlayStation was already released when Tri-Ace developed Star Ocean, so they decided to develop Star Ocean: The Second Story on this successful console. The publisher was Enix again, and the game was very well received in the states. You can choose one of two heroes at the beginning of the game, there are many endings and loads of other gimmicks as well (the item creation system returned, of course). Storywise, Star Ocean 2 is about the earthling Claude who lands on a underdeveloped planet where Rena lives to investigate a strange object that fell from the sky. Even if there was a "Private Action System", a new (much more active) battle system, great graphics and a stunning soundtrack, Star Ocean 2 had some flaws - most people find that it is a very good RPG but not as great as Tales of Phantasia or Star Ocean 1 were. 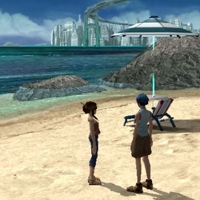 After working just on the futuristic Science-Fiction series Star Ocean, Valkyrie Profile was developed, an innovative game in every way. It's closely related to nordic mythologies featuring the story of a goddess looking for dying warriors she could recruit for the ongoing war in the heavens. The game is so packed with innovations that it has got an excellent reputation among RPG players. There are no shops in the game, it has some kind of a time limit and a two-part gameplay - you have to gain warriors and fight evil in the lower world but you also have to train the fallen warriors in various way so you can send them to the upper world. It was one of the first RPGs that came up with various difficulty levels you can choose, and it is also one of the rare RPGs that can lead you to dead-end streets which forces you to reload a previous save or even to begin a new game. Yet with all its unfair parts, it's such a fascinating game that many players refer to it as their favourite RPG.

Star Ocean: Blue Sphere was also called "Star Ocean 2 Gaiden" and Tri-Aces next game. It was a sequel to Star Ocean 2 and never released outside of Japan, which made it hard to play for people who do not understand the japanese language. Claude and Rena return to a new quest two years after Star Ocean 2 and featured a multi-player battle mode. 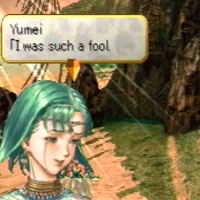 Even though all the games Tri-Ace created at this point were great RPGs, they proved that they could do even more. Their masterpiece up to that point was Star Ocean: Till the End of time. First presented in 2001, gamers and press were stunned about this game. From the trailers, you could see high-quality CG movies showing the real world (New York, Paris, Tokyo) and in-game scenes showing facial expressions never seen before in a RPG. The story is about young Fayt Leingod, his cousin Sophia Esteed and rebel leader Maria Traydor who are united by fate (more or less, that is) to discover their own idendity... the story is epic and features a bunch of authentic characters who develop until the game passes on. Aside of the innovations like a 100% active battle system, the abadonment of a world map (you discover the worlds of Star Ocean in real time) and the bonus fighting game, Tri-Ace also refined the well-known aspects of Star Ocean like the item creation system or the "private action"-system. Star Ocean 3 is a highly complicated japanese RPG with graphics that are still impressive, a very challenging gameplay (well, an easy-mode is available) and many hidden gimmicks and bonus game. The game was so successful in Japan and America, that one year after the release in Japan a "Directors Cut" with additional scenes and playable characters was released. 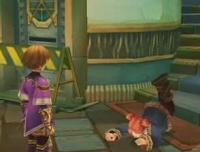 After this milestone Radiata Stories was released. It's a game with a medieval setting and a refined Star Ocean 3 battle system. In this game, Tri-Ace implemented a day- and nighttime system known from many RPGs like Breath of Fire 2 or Seiken Densetsu 3. Radiata Stories was a bit unusual for a tri-ace RPG. It is surprisingly easy, the battle system is relatively simple to understand and the music has not been composed by Motoi Sakuraba - although the credits for the soundtrack still go to tri-crescendo. Radiata Stories is a very good RPG that does invent nothing new, but fabulously puts together all the aspects of great RPGs. This is why this game was appreciated by normal RPG fans more than by tri-Ace freaks. It was quite successful though.