Breath of Fire II has a pretty interesting storyline - even if it was horribly translated. The story begins as the hero Ryu spent his days working as a ranger whilst searching for his lost sister and father.

His buddy, Bow, tended to do also accept partially legal jobs that ge beyond of the tasks a ranger can do - usually they did stuff like cleaning, carpentry, hunting animals or monsters. Bow however got himself in trouble where a female thief stole things and the blame was put on Ryu's friend.

While searching for this thief, Ryu found out that a athletic female fighter was taking part in a colosseum and he decided to join for himself as to find out if that woman was the culprit behind the accusation or not.

As he found out, the woman was renown for being extremely strong and so he trained hard and got a fake identity so Ryu could enter the battle. 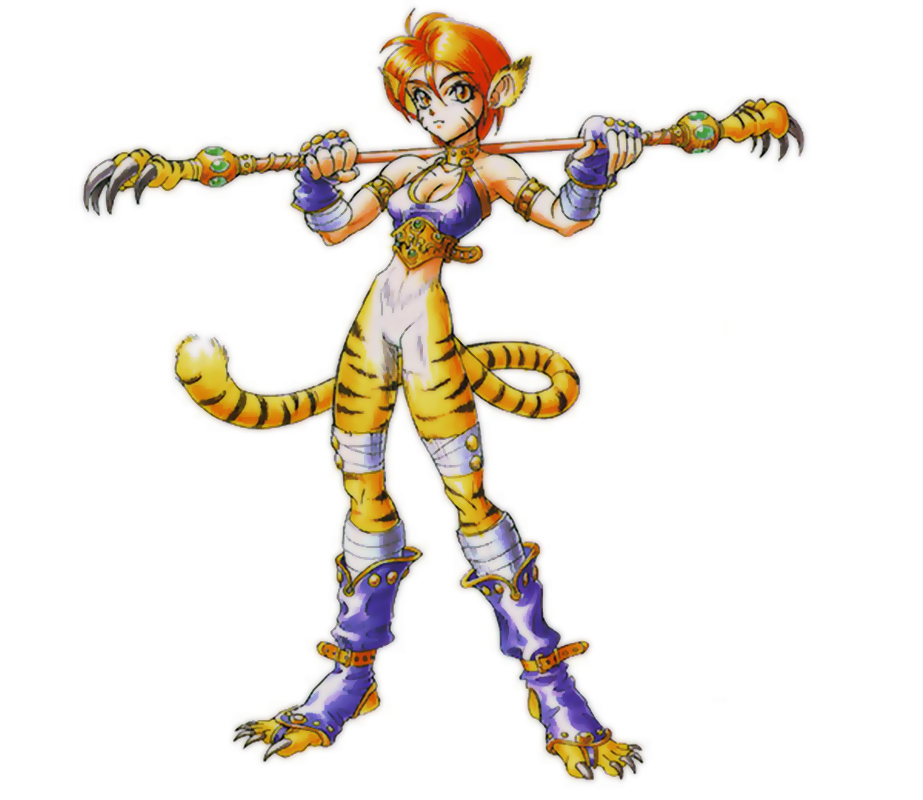 Ryu later was told that the fighter, Katt, should be poisoned and eventually killed in the battle. Along with a new friend, Ryu tried to cancel the fight, but with little success. When the combat starts, players are presented with very dramatic background music and a boss that always yells at Ryu during the scramble. If you decided to play Breath of Fire 2 on the SNES, be prepared for a long and exhausting fight. In the GBA version, the battle is pretty easy.

The boss battle is well presented and intense in its own right, but more interesting is the twist afterwards.

If the player decides to let Ryu stand still after the battle, Katt will be wounded and cannot join the upcoming boss fight. But if Ryu pushes Katt out of the way of poisoned needles, Ryu himself will get wounded but Katt will be able to join immedately - this time as a member of Ryu's entourage.

And yes, Katt does wear no pants.