Game Freak - Tested on the Nintendo Switch in 2019 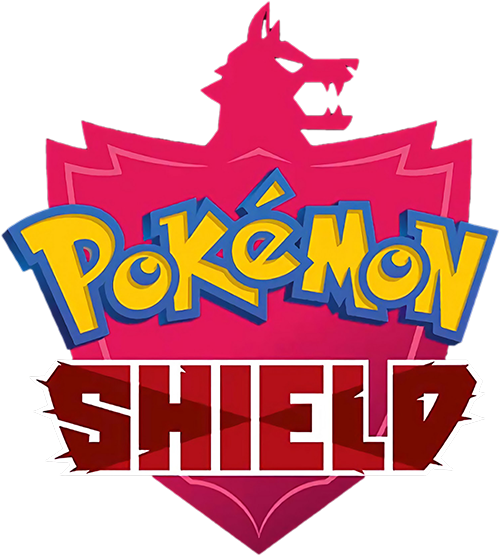 You know, I come from a generation of RPG gamers that grew up with the genre from the early 1990s on. When Nintendo released their "Pocket Monsters" games in 1996, I was slightly amused that there was a new turn based RPG aimed towards children. At the turn of the millennium, my then young nephew got one of the newer Pokémon games for his Nintendo Gameboy Color, and I was again "slightly amused". Of course I told him that I'd rather gather 108 Stars of Destiny in Suikoden than a few hundred strange creatures in these games.

And that was my view on the Pokémon games for many, many years. To be precise, that was my stance up until 2013, when my then girlfriend left me, and I thought "well, now it's time to play RPGs again". There was a pair of new RPGs released back then (Pokémon X and Y), and all of my friends played it, so I joined the bunch. And that was where my love of Pokémon started, which flourished with Omega Sapphire. With the release of Pokémon Moon, I was totally in with the hype, but that game was rather disappointing for me. 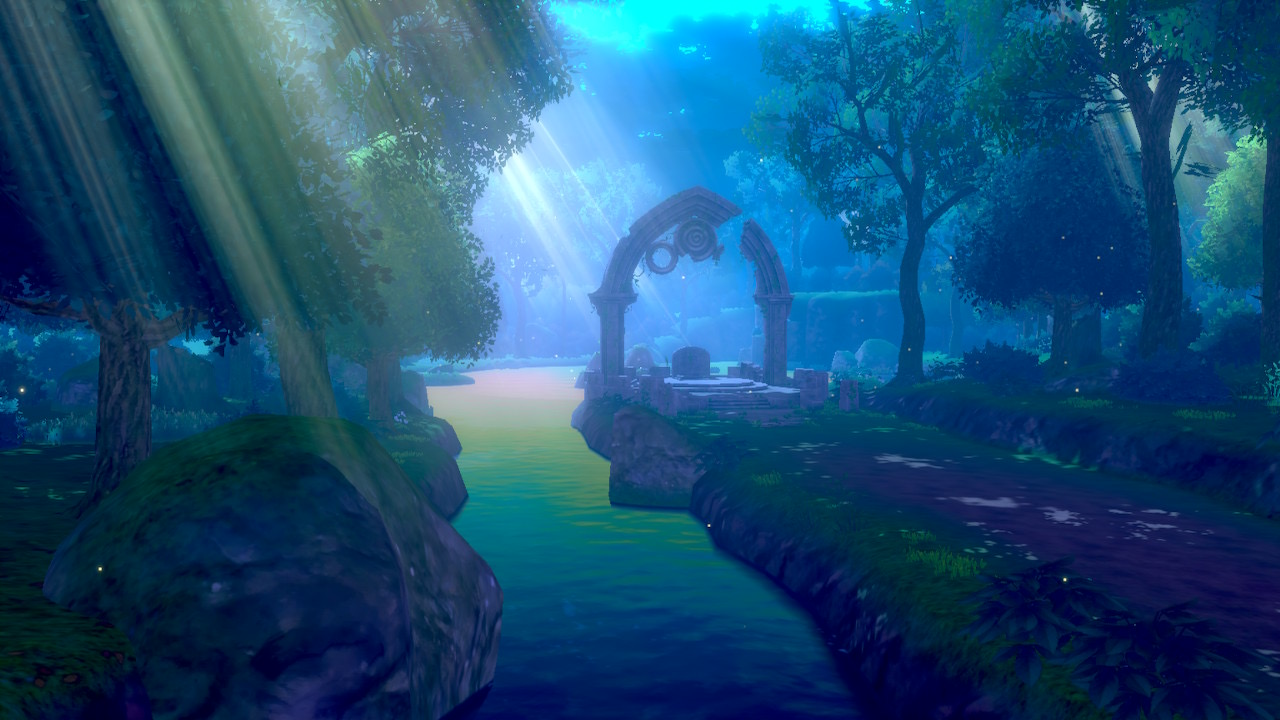 So after a few more years, this game, Pokémon Shield (and its counterpart, Pokemon Sword) were announced, and I thought I'd give it another shot, especially since I liked how the games looked like and I was also intrigued by the reduced number of Pokémon to collect. The outrage in the internet before the release of these games was big, but to be honest, I think that the changes aren't too bad. Especially for non-hardcore gamers, it's really hard to understand how to get over a thousand different Pokémon.

So what is this game? Basically, Pokémon is a turn-based game where there's usually just one character fighting on screen. And with character, I mean Pokémon, one of the small or big critters that can be caught and played with. Hm, I think almost every person on this planet knows the essence of Pokémon games, so I don't think I have to go any deepter here. 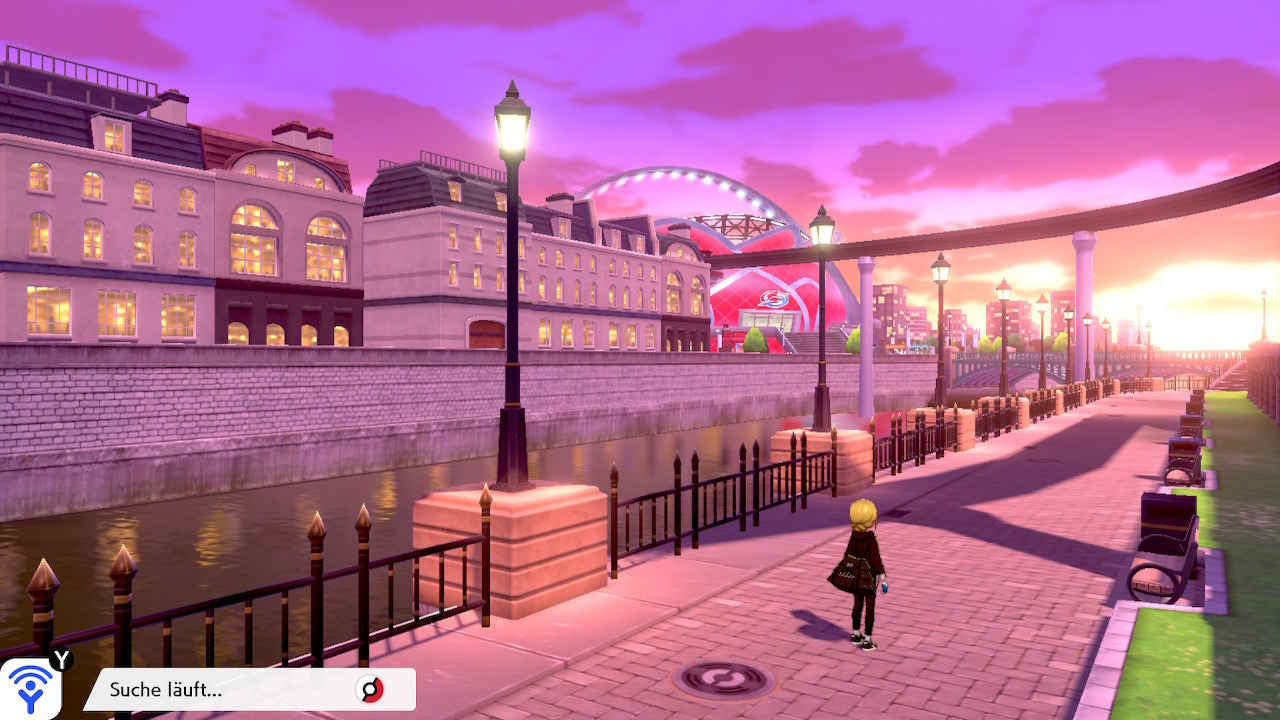 There are about 400 Pokémon to be found and acquired, but some are only available through exchanging with other players. Back in the days of the first Pokémon, players needed a Gameboy Link cable for this, now exchaning Pokémon is done easily over the internet and the WiFi connection. Wild Pokémon can be found in tall grass or in caves, and those wild creatures can be catched in so calles Pokéballs if they're weak enogh. "Weak" in that case means that they are low on hp or quite underleveled compared to the Pokémon in the players' team.

From a classic RPG perspective, the whole gameplay revolves around finding elemental magic that is strong against the elemenatal type of the foe. Only rarely players fight enemies in teams of two, usually, as stated before, it's one-on-one battles.

The presentation is great. Even if the game lacks anti aliasing and sometime reduces its resolution and frame rate, it's a pleasure to watch. The scenerey looks great at times, characters and Pokémon are nicely detailed and got a cartoonish cel shaded look. It's all a bit more threedimensional than in previous titles, thanks to more shading. 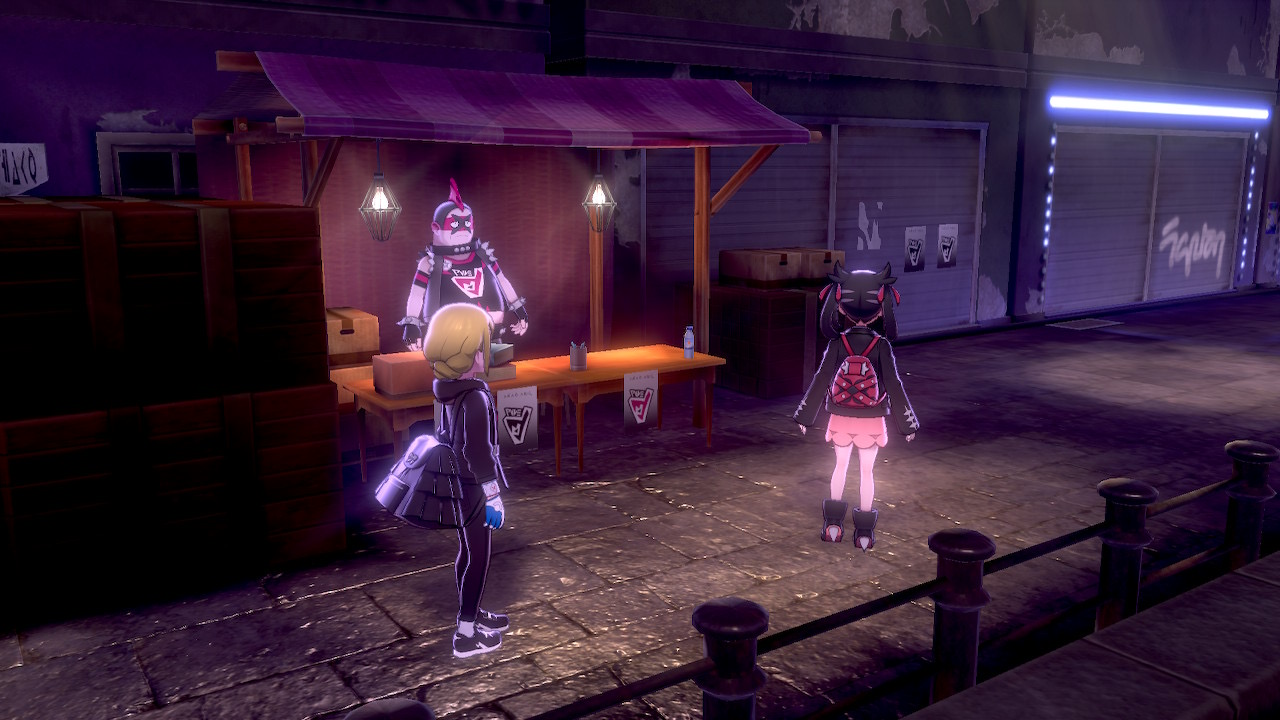 The music offers typical Pokémon scores - it's a great soundtrack with great melodies at times, but especially the battles against the player's rival, Hop, is a bit too upbeat and happy for me. It made me think of Hop as a kind of comedy figure and not some serious opponent. However, in the later game, there are some really great melodies. And of course there's the great battle track made by Toby Fox, creator of Undertale. It's just too great to listen to one of his compositions here.

The region of this game is Galar, a land reminiscent of Great Britain. I was in this fine country some times and it's really interesting to see some areas that look awfully familiar to a town you've visited. 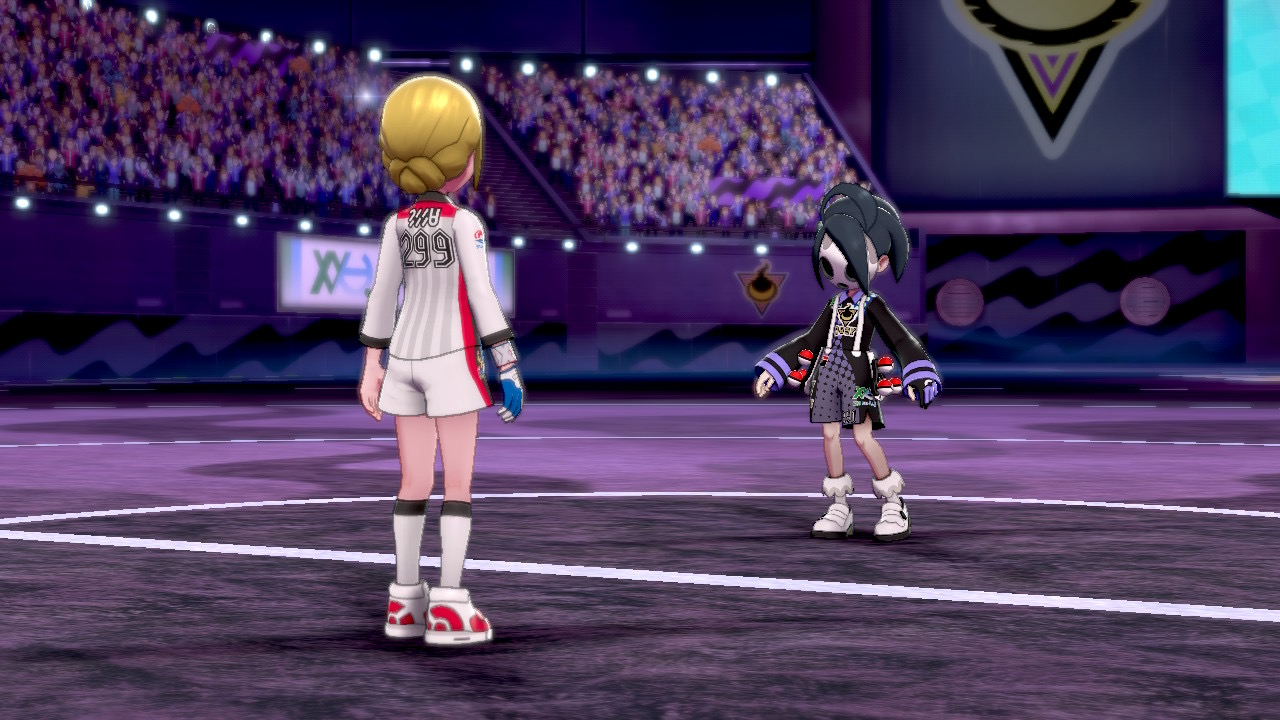 So what's left in a typical RPG review? Ah yes, the story. Well, there is one. Pokémon games have never been too famous for their story, but it's more than meets the eye in this game. It's a kids game and the story is pretty simple at times (or strangely "peaceful"), but there are some layers and story arches that work out fine. It's going to keep you entertained. The game always carries the vibe that players are motivated 12-year-olds that just want to be the best trainer in the world.

It's somewhat interesting that all of the conflicts in Pokémon games are carried out between Pokémon. I mean, there is a brawny guy with evil intent, and after I've beaten his Pokémon, he just lets me pass and doesn't try to stop me with his own muscles? I mean, in the game, I'm just a slim 12-year-old... But well, that's the way the Pokémon world works.

Pokémon Shield is a great game that offers a big world to explore with lots of diversity in the places that can be visited. Combat is fun, engaging and presented quite dynamic. The music is nice to listen to, the game is not too easy, there are lots of nice online modes and the story at least is not totally laughable. So it's not only a good Pokémon game, but also a good RPG to enjoy!